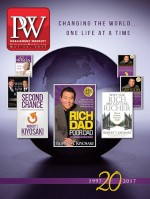 Your guide to the show’s giveaways

[See children's and YA galleys featured at BookExpo here.]

Simba Sana will attend the show to sign 60 galleys of his new memoir, Never Stop.

Stacey Lender will sign 75 galleys of her debut novel, City Mouse. Also on hand will be 150 galleys of An Unkindness of Ghosts by Rivers Solomon and 75 galleys of The Book of Love and Hate by Lauren Sanders.

Three hundred galleys will be given away for Young Jane Young by Gabrielle Zevin and An American Marriage by Tayari Jones, both of whom will sign their books.

Janet Mock will be at the S&S booth to sign copies of Surpassing Certainty: What My Twenties Taught Me. The novels A Hundred Small Lessons by Ashley Hay and Lightning Man by Thomas Mullen will also be available.

Up for grabs will be 200 galleys each of What It’s Like to Be a Dog by Gregory Berns and The Second World Wars by Victor Davis Hanson.

The publisher will have 300 galleys of each of the following: The Bedlam Stacks by Natasha Pulley, The Best of Us by Joyce Maynard, and Three Daughters of Eve by Elif Shafak.

Simeon Marsalis will appear to sign 125 galleys of As Lie Is to Grin. The publisher will also have 115 galleys of Josephine Rowe’s A Loving, Faithful Animal and 75 galleys of Karl Geary’s Montpelier Parade.

The publisher will bring a number of titles to the show, including A Kind of Freedom by Margaret Wilkerson Sexton (30 galleys), And Your Daughters Shall Prophesy by Adrian Shirk (50 galleys; author will be signing in-booth), Gangster Nation by Tod Goldberg (50 galleys), The People Are Going to Rise Like the Waters upon Your Shore by Jared Yates Sexton (30 galleys), and Improvement by Joan Silber (25 galleys; author will be signing in-booth).

The publisher will have 200 galleys of each of the following: Coming to My Senses by Alice Waters, The Little French Bistro by Nina George, Dunbar by Edward St. Aubyn, The Heart’s Invisible Furies by John Boyne, American Wolf by Nate Blakeslee, The Massacre of Mankind by Stephen Baxter, and Bonfire by Krysten Ritter.

Chris Jericho will sign 200 galleys of No Is a Four-Letter Word. Also available will be 200 galleys each of Island of the Blue Foxes by Stephen R. Brown and Playing Hurt by John Saunders.

John Grisham will sign 200 finished copies of his new novel, Camino Island. Ben Blum will sign 200 galleys of his debut memoir, Ranger Games: A Story of Soldiers, Family and an Inexplicable Crime.

Fifty copies of each of the following novels will be up for grabs: Deer Life by Ron Sexsmith, The Trickster’s Lullaby by Barbara Fradkin, and Full Curl by Dave Butler.

Fiona Davis will be in attendance to sign 200 galleys of her new novel, The Address.

There will be 200 chapbooks with chapter excerpts given away for Amy Tan’s Where the Past Begins during her in-booth signing. A total of 100 copies of Eleanor Henderson’s new novel, The Twelve Mile Straight, will be given away during her in-booth signing, with an additional 100 copies given away during the show. The publisher will also bring 100 galleys for each of the following: Wonder Valley by Ivy Pochoda, Our Little Racket by Angelica Baker, and The Blinds by Adam Sternbergh.

The publisher will have 200 chapbooks for Jeffrey Eugenides’s Fresh Complaint and 100 galleys for Alice McDermott’s The Ninth Hour. Robin Sloan will sign 100 galleys of his new novel, Sourdough.

Two hundred galleys of Good Me Bad Me by Ali Land will be available.

Chad Michael Murray and Heather Graham will be signing 100 galleys of American Drifter. Two hundred galleys for Gone to Dust by Matt Goldman will also be up for grabs.

The BookExpo Buzz Book Unraveling Oliver by Liz Nugent will be available, and the author will be on hand to sign 200 copies. The novel The Dirty Book Club by Lisi Harrison (200 copies) will also be available.

Available at the publisher’s booth will be We Were Strangers Once by Betsy Carter (400 copies), The Undertaker’s Daughter by Sara Blaedel (150 copies), Lethal Lies by Rebecca Zanetti (200 copies), and The Forbidden by Jodi Ellen Malpas (200 copies).

Carmen Maria Machado will sign 100 copies of her new story collection, Her Body and Other Parties. There will be 75 copies of Danez Smith’s Don’t Call Us Dead and 100 copies of Kevin Young’s Bunk. And two Paul Kingsnorth titles will be available: the novel Beast (75 copies) and the essay collection Confessions of a Recovering Environmentalist (50 copies).

A number of Harlequin authors will attend, including each of the following signing 200 copies: Benjamin Ludwig for Ginny Moon, Eva Woods for Something Like Happy, Brianna Wolfson for Rosie Colored Glasses, Neil Olson for The Black Painting.

Nicole Krauss will be signing copies of her new novel, Forest Dark (400 copies), and Rene Denfeld will be signing 300 copies of The Child Finder. The publisher will also have The Last Mrs. Parrish by Liv Constantine (200 copies) and The Boat Runner by Devin Murphy (100 copies).

Pamela Paul will sign 100 galleys of her new book, My Life with Bob. The publisher will also have 200 galleys each of Happiness by Heather Harpham and Real American by Julie Lythcott-Haims.

Authors appearing to sign galleys at the show include M. William Phelps for Dangerous Ground (100 copies), Ellen Marie Wiseman for The Life She Was Given (300 copies), Susan Holloway Scott for I, Eliza Hamilton (250 copies for signing, with an additional 100 copies available). In addition, 300 copies of Joal Derse Daure’s Saving Sadie: How a Dog That No One Wanted Inspired the World and 250 copies of Michelle Frances's The Girlfriend will be available.

Liz Fenton and Lisa Steinke will attend to sign 125 trade paperbacks of their new novel, The Good Widow.

On hand will be 520 galleys for The Store by James Patterson and Richard DiLallo. The World of Tomorrow, a Buzz Book (and 150 galleys), by Brendan Matthews will also be available. Elin Hilderbrand will sign 100 galleys of The Identicals, and Matthew Weiner will sign 250 galleys of Heather, the Totality. Additional galleys include Bluebird, Bluebird by Attica Locke (150 galleys), The Late Show by Michael Connelly (100 galleys), and The Good People by Hannah Kent (150 galleys).

Michael Korda will sign 300 galleys of his new novel, Alone. There will also be 400 galleys of Danielle Allen’s Cuz and 200 galleys of Joanna Scutts’s The Extra Woman.

Up for grabs are 200 galleys of Sleep Like a Baby by Charlaine Harris.

Claire Messud will sign copies of her new novel, The Burning Girl; 300 copies will be available. Ann Hood will also attend to sign copies of Morningstar: Growing Up with Books; 400 copies will be available. The publisher will also bring 300 copies of each of the following: The Rise and Fall of Adam and Eve by Stephen Greenblatt, From Here to Eternity: Traveling the World to Find the Good Death by Caitlin Doughty, and Quantum Spy: A Thriller by David Ignatius.

Up for grabs are 150 galleys of Paris in the Present Tense by Mark Helprin, 100 galleys of A Whispered Name by William Brodrick, and 100 galleys of David Bowie Made Me Gay: 100 Years of LGBT Music by Darryl W. Bullock.

Celeste Ng will sign 200 galleys of her new novel, Little Fires Everywhere. The publisher will also have 200 galleys each for Autumn by Karl Ove Knausgaard, Soonish: Ten Emerging Technologies That’ll Improve and/or Ruin Everything by Zach and Kelly Weinersmith, and Playing with Fire by Lawrence O’Donnell.

Christopher J. Yates will sign 150 galleys of his upcoming thriller, Grist Mill Road. The publisher will also have 150 copies of The Emoji Code: The Linguistics Behind Smiley Faces and Scaredy Cats by Vyvyan Evans.

Rohan Marley and Maxcel Hardy will sign 100 galleys of The Marley Coffee Cookbook, and give away coffee samples and T-shirts.

Chief David O. Brown, author of Called to Rise, and Lisa Wingate, author of Before We Were Yours, will each sign 192 finished copies of their books. Salman Rushdie’s Golden House will be available (192 galleys). Sam Graham-Felsen will sign 192 copies of his debut novel, Green. Also signing 192 galleys of their books will be Jamie Ford for Love and Other Consolation Prizes, Michael Poore for Reincarnation Blues, and Melanie Benjamin for The Girls in the Picture.

Two hundred copies of My Absolute Darling by Gabriel Tallent will be on hand.

The publisher will have 150 galleys of Rise Up: The Earth Guardians Guide to Connecting, Getting Organized, and Making a Positive Impact in Today’s World by Xiuhtezcatl Martinez and 100 galleys of T Is for Transformation by Shaun T.

The publisher will have 100 galleys of each of the following: Widows of Malabar Hill by Sujata Massey, Solar Bones by Mike McCormack, and My Name Is Nathan Lucius by Mark Winkler. There will also be 50 galleys of The Usual Santas: A Collection of Soho Crime Christmas Capers.

Alice Hoffman (The Rules of Magic) and Nelson DeMille (The Cuban Affair) will have signings at the publisher’s booth (200 copies). Also on hand will be copies of Danya Kukafka’s debut novel, Girl in Snow (200 copies).

Jennifer Egan (Manhattan Beach) and Jesmyn Ward (Sing, Unburied, Sing) will be at the S&S booth to sign copies of their new novels, 200 copies each. Also on hand will be copies of Tom Perotta’s Mrs. Fletcher and Curtis Dawkins’s The Graybar Hotel, 200 copies each.

One hundred copies of each of the following titles will be up for grabs: Supreme Power: 7 Pivotal Supreme Court Decisions That Had a Major Impact on America by Ted Stewart, Lies Jane Austen Told Me by Julie Wright, and Check Me Out by Becca Wilhite.

Titles on hand are a reissue of Cool for You by Eileen Myles, Night Class by Victor Corona (author will be signing in-booth), Caca Dolce by Chelsea Martin (30 copies), The Job of the Wasp by Colin Winnette (30 copies), and The Amputee’s Guide to Sex by Jillian Weise (20 copies).

Kate Moore will be signing 500 copies of Radium Girls: The Dark Story of America’s Shining Women, and Marie Benedict will sign 350 copies of Carnegie’s Maid. The publisher will also have 250 copies of If the Creek Don’t Rise by Leah Weiss, and Shame Nation: The Global Epidemic of Online Hate by Sue Scheff and Melissa Schoor.

Wendy Walker will attend the show to sign 100 galleys of Emma in the Night, and B.A. Paris will stop by the booth for champagne and to give away 200 signed galleys of The Breakdown. The publisher will also have 200 galleys of each of the following: Year One by Nora Roberts, The Hidden Light of Northern Fires by Daren Wang, and The Vengeance of Mothers by Jim Fergus.

Appearing to sign 100 copies of their respective books will be Summer Rayne Oakes for SugarDetoxMe and Travis Langley for Wonder Woman Psychology: Lassoing the Truth.

The publisher will have 125 galleys of Marcus Sakey’s Afterlife on hand for his author appearance and signing.

Phyllis Good will sign 75 galleys of Stock the Crock. The publisher will also have 100 copies of Valerie’s Home Cooking by Valerie Bertinelli, 50 copies of The Grumpy Gardener by Steve Bender, and 50 copies of What Can I Bring? by Elizabeth Heiskell.

John Hodgman will sign 200 galleys of Vacationland. Two hundred galleys each of the novels A Column of Fire by Ken Follett and The Readymade Thief by Augustus Rose will also be available.

One hundred galleys of Quackery: A Brief History of the Worst Ways to Cure Everything by Lydia Kang and Nate Pedersen will be up for grabs.

A version of this article appeared in the 05/15/2017 issue of Publishers Weekly under the headline: Guardians of the Galley
TOC
ADVERTISEMENT
More from pw