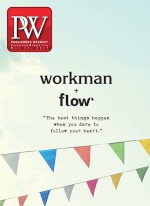 The Boy Who Became Joe Finder

I get a lot of emails. It’s inevitable since I’ve been in the game for so long—my first novel, The Moscow Club, was published 26 years ago. I get corrected and praised and criticized, and I answer every email, but the ones I devote the most time and attention to are the ones from kids who want to be writers. Because it was a fan letter I wrote to an author that eventually turned me into one.

In third grade, when I was eight years old, I was browsing the shelves in the children’s room of the Albany (N.Y.) Public Library when I happened upon a novel by Eleanor Cameron called The Wonderful Flight to the Mushroom Planet. It sucked me right in. It was a tale of a couple of boys just a few years older than I was at the time who, with the assistance of a mysterious old man, build a rocket ship out of scrap metal and junk and fly into outer space, where they discover a tiny invisible planet orbiting Earth. It had been published 14 years earlier and read so often that it had been rebound multiple times.

I couldn’t contain my enthusiasm. So I wrote to the author, care of her publisher (Little, Brown), asking her all sorts of questions: how she came up with the idea for the book; whether David, the hero, was based on a real boy; whether she thought there really was a planet close to Earth where mushrooms grew like trees in a forest.

I typed it, hunt-and-peck, on my mother’s manual typewriter. In those pre-internet days, writing a letter to an author was like putting a message in a bottle and hurling it into the sea. It could take months to get an answer.

Mine came a few weeks later, though it seemed like months. It was, disappointingly, a form letter—a sort of a chatty newsletter that answered the most popular questions she got from kids.

But on the envelope was Cameron’s return address in Monterey, Calif.: a key piece of intelligence. So I followed up with another letter, persisting with all of my unanswered questions and some more besides. This time the answer came much more quickly, within maybe 10 days. It was a personal letter, typed by Cameron on crisp white letterhead, and signed in green ink with a big flourish.

Delighted, I showed the letter to my friends. Cameron had actually written to me. She’d answered all of my questions patiently. No, she didn’t think there really was an unknown satellite orbiting Earth near the moon. Yes, David was based on her own son, who was also named David.

Her letter brought home to me the fact that behind the Mushroom Planet books was a person who made up the stories, who came up with ideas and put them on paper. Being a writer was an actual job. Someday I too could do this.

Poor Cameron. Her letter only encouraged me to write back immediately with follow-up questions. I told her I wanted to do what she did and asked her advice. Her answer came a week or so later. Our correspondence continued for another three years. As I grew older, my letters to her were less frequent, but Cameron always wrote right back. She never ignored my notes, no matter how annoying.

I started making up stories, writing fiction of my own, writing novels. When I was 10 I sent one to Cameron’s publisher and got a form rejection, which would not be my last. Cameron sent me a copy of her nonfiction book, The Green and Burning Tree: On the Writing and Enjoyment of Children’s Books, a glimpse into the mind of a professional storyteller.

Eventually my letters to her became less frequent and then stopped. But the inspiration lingered. I wanted to write novels like Cameron. In my late 20s, I finally summoned the courage to write a thriller of my own.

In 1990, a few months before my first novel was published, I read in the Boston Globe that Cameron was coming to Cambridge to be a fellow at Radcliffe. She was still alive! (She was 78.)

So I wrote to her, care of Radcliffe. I reminded her that I had once been a pen pal of hers. I told her that I had a novel coming out soon, my first, and that I’d become a writer because of her letters. I invited her over to my apartment for dinner, and while I served her Chicken Marbella, she told me that she did remember all of my letters, and I got to tell her how she’d changed my life.

Joseph Finder’s latest novel is The Switch, coming from Dutton in June.

A version of this article appeared in the 05/22/2017 issue of Publishers Weekly under the headline: A Boy Becomes a Writer
TOC
ADVERTISEMENT
More from pw