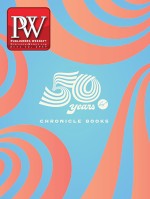 The Best Place for Comics? The Classroom.

An editor, writer, and retired teacher considers how she’d do things differently if she were teaching today

Back in the 1970s and ’80s, when I taught third grade, I did not allow comic books in my classroom. I thought that comics were weekend stuff (Archie and Veronica in school? No way!), unworthy, not real literature. I’d only allow my students to read trade books such as Little House on the Prairie or A Wrinkle in Time, or fairy tales, poetry, or historical fiction. For skills lessons, I had them read grade-level textbooks—known as basal readers.

One year I made an exception for a difficult boy in the class. He was eight years old, a tough kid with little interest in books. But I knew he was fascinated with cars and mechanical things. So I took a chance and, one Friday afternoon, I checked out some copies of Popular Mechanics from the public library—periodicals filled with articles and how-tos for the home machinist—and dropped them on his desk on Monday morning. Granted, they were not comics, but they were still unconventional reading material I once viewed as inappropriate in my traditional classroom setting.

I’ll never forget the look of shock on his face when he heard me say, “You might want to read these.” He glanced at the magazine titles and immediately shoved them to the back of his desk. He seemed afraid that any minute the school principal would walk into the room and confiscate the reading materials his crazy teacher had given him. “They’re not mine, I swear!” he’d probably say to the principal in his defense. Later, though, I saw him reading them secretly. How times have changed!

I’m now retired, but if I were back in the classroom, I’d embrace many kinds of reading material: magazines, newspapers, maps, and especially comics and graphic novels. Sure, I’d still have the kids read trade books like Frog and Toad Are Friends and Best Friends for Frances, and I’d continue to teach traditional reading skills, such as how to understand the main idea of a story and how to keep track of the sequence of events. Those lessons wouldn’t change.

But so much of our lives now involve visual media, such as TV and video games, and I’d want my kids to develop visual literacy. There are many worthy comics for children, both fiction (American Born Chinese comes to mind) and nonfiction, that kids would find enjoyable and informative. I’d want them to have the skills to appreciate these books fully.

Which students would most benefit from reading graphic books? English-as-a-second-language students, for one. Since the text is supported by illustrations, kids with limited English can more easily learn vocabulary and idioms from these works. (An illustration of the literal and figurative meaning of throw in the towel is one example.)

There are also vocabulary and concepts that all students—nonnative and native speakers alike—would benefit from. In my lessons, I’d show students that comics have panels and that they are read from left to right. I’d explain that an author and illustrator visualize what they want to convey, then make decisions about how to tell their stories.

Creative writing would once again be a big part of my program if I were teaching today. This time around, I’d have my students create their own graphic stories. Through prior lessons, they’d already be familiar with terms such as narration, sequence of events, dialogue, caption, voice bubble, thought bubble, and sound effects. I’d ask children to write adventure tales or guides to their neighborhoods or a how-tos on washing dogs. On some days I’d ask kids to compare a graphic novel with a traditional text on the same topic.

Of course, adult graphic works—like the graphic novel for adults I’m currently writing, The Mah Jong Chronicles, in which a group of housewives start a sex and romance publishing business to raise money for a friend facing eviction—would not be appropriate for an elementary school classroom. That’s where I’d draw the line!

Susan Shafer, a retired teacher and editor, is the author of two books for teachers, five plays for children, and numerous plays for adults.

A version of this article appeared in the 06/12/2017 issue of Publishers Weekly under the headline: Visual Literacy
TOC
ADVERTISEMENT
More from pw