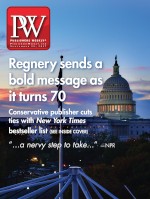 Hendricks and Pekkanen developed such a great editor-author relationship that they decided to cowrite a gripping psychological thriller, 'The Wife Between Us'

Greer Hendricks and Sarah Pekkanen's prolific editor-author relationship began in 2010 with Pekkanen's debut novel, The Opposite of Me.

The two women formed an instant connection, which grew into a close friendship while Hendricks edited six more of Pekkanen's novels, the latest being The Perfect Neighbors (2016).

Hendricks joined Simon & Schuster in 1994 as an assistant editor at Scribner Books. In 1996 she began working at Pocket Books and Washington Square Press. During her tenure at Simon & Schuster, Hendricks helped to discover and edit numerous writers including Jennifer Weiner, Stephen Chbosky, and Pekkanen. In 2001, she helped launch Atria Books, which acquired The Opposite of Me.

When Hendricks left the publishing company in 2014, she told only a few people, including Pekkanen, that she wanted to write a novel. Pekkanen, who had written everything from investigative newspaper series and magazine features to short stories, was eager to challenge herself. She believed collaborating with Hendricks on a novel could help her grow creatively.

Hendricks was briefly hesitant. "When Sarah approached me about writing together, I initially worried it would be copping out to work with someone else," Hendricks explains, "that it would be less of an accomplishment." But the former editor called Pekkanen 12 hours later and said, "Let's do it!"

"I realized it would be crazy to turn down this opportunity," Hendricks says. "While I had published a few personal essays and edited hundreds of books, I knew I had a lot to learn about writing an actual novel."

Pekkanen was confident the two could create something special together. "Not only do we share strikingly similar narrative instincts and approaches to storytelling, but we get along beautifully as friends," she says.

And so began the process of writing The Wife Between Us.

The result is a psychological thriller that explores the complexities of marriage, relationships between women, and the dangerous truths we ignore in the name of love. It will be published in 28 countries—and counting—and has been optioned for film by a major studio.

The Wife Between Us is packed with surprising twists and turns that might remind readers of Gone Girl or The Girl on the Train.

"We both studied journalism and psychology, which makes us curious students of human nature," Hendricks says. "In The Wife Between Us, we wanted to explore how memories are colored by the lenses through which we view our worlds, and how people can share an experience but carry away markedly different perspectives and emotions."

In addition to exploring the Rashomon effect, the writing team also made it a priority to "create protagonists who are compelling and original, yet relatable," Pekkanen says.

Those protagonists, the entire plot, and almost every word of the novel were crafted by both authors. Unlike many writing partners, who take on alternating chapters or different characters, Hendricks and Pekkanen—who live in New York City and Washington, D.C., respectively—never wrote separately. Every idea and word grew and developed from their shared consciousness.

"The third partner in our collaboration is Google Docs and Hangouts," Hendricks says. "These tools let us write our manuscripts together in real time while we simultaneously talk." They would also convene in a hotel room in either Manhattan or D.C. each month during the writing process for a 36-hour stretch. There they would "Homeland the walls" with Post-it notes. "I like the walls to be as messy as possible," Pekkanen says. "Greer prefers them to be neatly organized."

The duo spent hours creating, rejecting, and fine-tuning ideas. "We often joke that we have one mind," Pekkanen says. "It's not unusual for us to come up with an identical thought or word choice at the exact same time."

And that's about all the authors want to reveal about their first collaboration.

Sponsored by St. Martin's Press
A version of this article appeared in the 09/25/2017 issue of Publishers Weekly under the headline: Spotlight on Greer Hendricks and Sarah Pekkanen
TOC
ADVERTISEMENT
More from pw