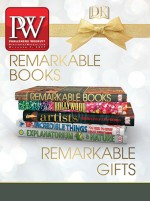 Whether the children and teens in your life are looking to read about adventure and romance, are nonfiction fans, or are just ready for a good laugh, we’ve got you covered. Here are our suggestions for books for...

Learning About the World

This full-color comic, which kicks off the Earth Before Us series, offers an irreverent introduction to all things prehistoric, courtesy of paleontologist Ms. Learnin. (Think Ms. Frizzle with a time-traveling recycling bin and a class of one.)

Fault Lines in the Constitution: The Framers, Their Fights, and the Flaws That Affect Us Today

The Levinsons look at the writing of—and subsequent changes to—the U.S. Constitution, bringing fresh insight into the ways its provisions shaped and challenged the nation. Ideal for drawing connections between America’s past and present.

In this lushly illustrated picture book, a girl and her father trek through the Grand Canyon. The objects she discovers (a trilobite fossil, for instance) magically transport her across time, helping her (and readers) better understand the landform’s remarkable geological history.

Out of Wonder: Poems Celebrating Poets

Newbery Medalist Alexander, along with two writing partners and illustrator Holmes, pays tribute to 20 poets in this volume. And what better way to do so than with verse that echoes the styles used by the poets—Basho, Robert Frost, Naomi Shihab Nye, William Carlos Williams, and many others.

Writing Radar: Using Your Journal to Snoop Out and Craft Great Stories

Gantos, the Newbery Medal–winning author of Dead End in Norvelt, emphasizes the value of keeping a journal in this encouraging and entertaining writing guide. And it isn’t just talk: Gantos includes excerpts from his own childhood writings to show how those stories and ideas evolved.

Reading Together as a Family Accident!

In Tsurumi’s first picture book, a young armadillo flees to the library in embarrassment after spilling juice on her family’s sofa. But in the pages that follow, shouts of “Calamity!” and “Mayhem!” accompany a cavalcade of disasters across town, hilariously making the point that everyone makes mistakes; it’s owning up to them that matters.

Nothing Rhymes with Orange

Rex’s exuberantly illustrated picture book deploys off-the-wall rhymes for various types of fruit (lychee and peachy with Nietzsche), but, as the title suggests, a certain citrus fruit has trouble getting any attention or respect. Goofy, unpredictable, and good for a whole lot of laughs.

In this second middle grade novel from the author of Circus Mirandus, Blue—a boy with an inherited curse that makes him lose in any competitive situation—gets unexpected help from a girl named Tumble, who is new in town. It’s a hauntingly lovely story of family, destiny, and magic.

The Wolf, the Duck, and the Mouse

A wolf eats a mouse. The end, right? Not in this picture book: the mouse discovers a duck living quite well in the wolf’s belly, and before long the two are cooking gourmet meals and throwing dance parties. Stomach lining, meet silver lining.

This hugely entertaining romp across 18th-century Europe follows scandal-prone Henry “Monty” Montague, his sister Felicity, and his friend, crush, and traveling companion Percy from one misadventure to the next. Romance combines with conspiracy, alchemy, and piracy, and Lee also explores the prejudices of the era.

In another twisty YA thriller from the author of We Were Liars, Lockhart keeps readers guessing until the final pages as she teases out what happens between two young women, one from a world of privilege, the other with very little to lose.

Valente draws on the real-life juvenilia written by the Brontë siblings in a dazzling middle grade fantasy that sees young Charlotte, Emily, Ann, and Branwell whisked off to the world of Glass Town. It turns out to be far stranger than the version they created in their playtime imaginings.

In a picture book based on an incident in Sís’s childhood, a boy is magically transported to the world of Robinson Crusoe after being teased about his Crusoe costume at school. It’s a celebration of imagination and reading, and how they provide escape.

A skilled teenage hacker is drawn into the dangerous world of an immersive online game in this gripping SF adventure from Lu, author of the Young Elites and Legend series. Today’s gamers will love the details of Lu’s richly imagined future.

A homeschooled girl whose parents work at the local Renaissance fair faces the normalizing forces of middle school for the first time in this graphic novel from the Newbery Honor–winning creator of Roller Girl. It’s a charming and empathetic story about adjusting to change and finding allies in unexpected places.

Poet Phi draws from his memories of being the child of Vietnamese refugees in this quietly affecting picture book. Sensitively illustrated by Bui, the story is set during a predawn father-son fishing excursion in Minnesota—not a pleasure outing, but a way to keep the family fed.

One of the most talked-about young adult books of the year, Thomas’s charged debut novel introduces Starr Carter, an African-American 16-year-old who witnesses the shooting of a childhood friend by a white police officer. It’s a riveting exploration of racism (casual and overt) and a teenager caught between worlds.

Gratz creates powerful connections between past and present as he interweaves the stories of three young refugees: a 12-year-old boy fleeing Nazi Germany for Cuba, an 11-year-old leaving Cuba for the U.S. in the 1990s, and a 12-year-old boy escaping the violence of 2015 Syria.

An oak tree named Red narrates this poignant story from the Newbery Medal–winning author of The One and Only Ivan. After a Muslim family moves into a neighborhood and is met with threats, Red hopes to help keep the community from fracturing, but there are threats facing the tree, too.

I’m Just No Good at Rhyming: And Other Nonsense for Mischievous Kids and Immature Grown-Ups

Families who love Shel Silverstein—but who are ready for a 21st-century take on his offbeat and humorously observant poetry—don’t need to look further than this uproarious collection from TV writer and producer Harris and Smith, illustrator of The True Story of the Three Little Pigs and other beloved titles.

Joyful, illuminating, and rich with historical context, McKissack’s wide-ranging assembly of rhymes, folktales, proverbs, and more paints a vivid picture of the songs and stories that have passed through generations of African-American families.

The Purloining of Prince Oleomargarine

Working from an unfinished bedtime story Twain told to his children, Philip and Erin Stead have expanded and illustrated the tale of a boy named Johnny, who escapes his cruel grandfather and embarks on a quest to find a lost prince, into one of the year’s most unusual and original books for children.

Four Eric Carle picture books published in the 1980s and ’90s—The Very Busy Spider, The Very Quiet Cricket, The Very Clumsy Click Beetle, and The Very Lonely Firefly—return in a compendium that brings their stories of work, love, perseverance, and belonging to a new audience, along with related games, activities, and recipes.

The Wind in the Willows

Originally published in 1908 and in print ever since, Grahame’s classic tale of animal friendship and adventure gains new life from acclaimed German artist Meschenmoser, who fills the pages with watercolor vignettes (and a dozen full-page oil paintings) of Mole, Rat, Toad, and the rest.

Getting in the Holiday Spirit

The 12 Days of Christmas

A family of elephants stars in Pizzoli’s boisterous riff on this classic carol. A young elephant couldn’t be happier about the gifts that arrive with each turn of the page. But the adult elephant who is forced to wrangle the growing number of birds, milkmaid mice, leaping frogs, and drumming pigs is less enthused.

Working from text adapted from the King James Bible, Rylant offers a spare account of the nativity story from Genesis. She then pairs it with excerpts from the Beatitudes delivered during the Sermon on the Mount, making explicit the connection between Jesus’s birth and the messages he would later preach.

Two cardinals make their home in an enormous evergreen tree, but they’re separated when the tree is cut down. As Red searches for Lulu, Tavares’s cinematic paintings follow him through the wintry streets of New York City to a happy reunion in Rockefeller Center, the tree’s destination.

The Road to Ever After

With echoes of It’s a Wonderful Life, this middle grade novel starts grim but builds into something beautiful. Needing a quick escape from his bleak hometown in the days before Christmas, orphan Davy David agrees to drive an elderly woman to her childhood home (even though he’s only 13), but the journey isn’t what either of them expect.

Way Too Many Latkes: A Hanukkah in Chelm

Glaser and Zolotic offer a warm holiday picture book set in Chelm, the legendary village of fools. After Faigel forgets her famous latke recipe, her husband seeks advice from the rabbi, and she winds up making enough latkes to feed the town. Whether too many latkes actually constitutes a problem is for readers to decide.

A version of this article appeared in the 10/02/2017 issue of Publishers Weekly under the headline: Holiday Gift Guide
TOC
ADVERTISEMENT
More from pw