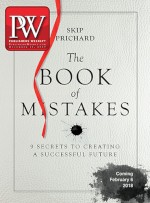 Sponsored by the MIT Press

The MIT Press: Books Rooted in Science, but Not Just for Scholars

Founded in 1926 with the publication of an edition of lectures on atomic dynamics by Max Born, the MIT Press took its present form in 1962 and has continued to publish genre-crossing works with a list rooted in, though not limited to, the sciences. Amy Brand, the director of the press, says she wants MIT Press books to "translate academic and research content for nonspecialist readers. They're not dumbed-down blockbuster books, but books that honor the complexity of their subject matter."

"The one thing I always want to tell people about the MIT Press list is that it is surprising and it is timely," says Katie Hope, the press's director of marketing and author relations. "Many of the everyday issues that we deal with are explored in MIT Press titles." And, while MITP books are challenging, readers don't need a degree from MIT to enjoy them.

Take, for instance, The Art of Naming by Michael Ohl, a joyful exploration of the stories behind the scientific names of animals and plants. It includes, for instance, the surprising fact that there is a species of spider named Heteropoda davidbowie. "Science isn't uniform and neither is the ‘general reader,' " says senior acquisitions editor Beth Clevenger. "The Art of Naming recognizes that marvelous complexity by decoding scientific naming for multiple audiences: history buffs, language lovers, outdoor adventurers, naturalists, citizen scientists, and pop culture fans."

The MIT Press even publishes some fiction for those with a scientific bent. The Vestigial Heart, by Spanish robotics professor and novelist Carme Torras, is a fantasy novel about a 13-year old-girl who wakes up in a future world in which humans can no longer feel emotions and rely on robot help for almost everything. MITP editorial director Gita Manaktala thinks of fiction like this as a kind of gateway to reading deeper into the sciences: "Science fiction, romances, and thrillers that draw on material from our academic fields offer a great way into complex subject matter."

Brand says that the MIT Press is "committed to nothing short of inventing the future university press." For her, this means not only being commercially successful through the publication of high-quality trade titles, but also using cutting-edge technology and seeking out new platforms. "We are embarking on an ambitious five-year plan to digitize backlist works and create a state-of-the-art digital environment to enable new ways to access and interact with our content," she continues.

In this strained political moment, science itself is under fire. "A commitment to science sometimes means standing up for the enterprise itself," says Manaktala. Science Not Silence, an anthology of signs, artwork, stories, and photographs from the March for Science movement, takes up this challenge. The book, according to Manaktala, "documents a movement that arose from the realization that propaganda and misinformation are shaping what we know and believe." She thinks the MIT Press has an important role to play: "The pursuit of truth is always political."

For more information about these and other MIT Press titles coming in 2018, visit mitpress.mit.edu/pw.

Sponsored by the MIT Press
A version of this article appeared in the 12/11/2017 issue of Publishers Weekly under the headline: The MIT Press: Books Rooted in Science, but Not Just for Scholars
TOC
ADVERTISEMENT
More from pw