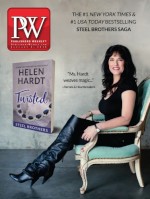 Contemporary parenting challenges, new books suggest, may be best met by a return to old-fashioned virtues

Psychologist Thomas Lickona has been championing character development for four decades, and today, he says, his message may be more important than ever. “Raising children of character is increasingly countercultural,” says Lickona, whose books include Educating for Character (Bantam, 1991) and Character Matters (Touchstone, 2004). In How to Raise Kind Kids (Penguin Books, Apr.), he identifies a number of outside forces hostile to children’s emotional development, including what he calls “the toxic political conversation” and “the sexualization of popular culture.”

Kindness, Lickona says, begins at home: if children don’t respect the ethical boundaries their parents set and are not held accountable for their actions, then they can’t learn to be kind. “A lot of parents don’t have a clear sense of their own moral authority,” he notes. “Parenting becomes 10 times harder if children don’t get it in their heads that they have an obligation to obey mom or dad.”

Lickona’s book is among the many forthcoming parenting titles that advocate traditional values, both at home and in school, as an antidote to modern woes.

Fostering kindness not only makes for a more peaceful home life but also changes the way a child’s brain develops, says Erin Clabough, a neurobiologist and Psychology Today contributor. In Second Nature (Sounds True, Nov.), she shows how repeated empathetic behavior—imagining what a friend might want as a gift, or analyzing a school bully’s emotions—reinforces neural pathways in the growing brain. Children who practice empathy the way they would any other skill, Clabough says, grow into adults who are more adept at reading others’ emotions and better at resolving interpersonal conflict.

Those conflicts arise much earlier than they used to, according to Katie Hurley, a child and adolescent psychotherapist. In No More Mean Girls (TarcherPerigee, Jan.), aimed at parents of girls ages three to 13, she helps parents recognize signs of relational aggression, or behavior intended to cause harm by affecting the target’s relationships with others. PW’s review praised the book’s “user-friendly layout and compassionate advice” on age-old issues such as peer pressure and their newer iterations, such as cyberbullying.

In an era when so many young people derive their sense of self-worth—or lack thereof—from social media, says Tim Bono, a lecturer in psychological and brain sciences at Washington University in St. Louis, it can be a struggle to find real meaning, connection, and happiness. “Social comparison is perhaps the single strongest barrier to happiness and well-being,” he notes. “Every day, we’re confronted with an unending stream of images, videos, and posts about other people’s happiness.” Bono’s book, When Likes Aren’t Enough (Grand Central, Mar.), which grew out of the college course he teaches on the science of happiness, details strategies for leading a more fulfilling life.

In The Art of Screen Time (Public Affairs, Jan.), Anya Kamenetz, NPR’s lead education blogger, encourages parents to take an active role in managing their children’s relationships with technology by participating in digital experiences together. (For our q&a with Kamenetz, see “The Importance of Sharing Media.”)

Angela C. Santomero, co-creator of Blue’s Clues and creator of Daniel Tiger’s Neighborhood, is an advocate for educational media but also encourages time away from screens. Her forthcoming book Preschool Clues (Touchstone, Apr.), cowritten with Deborah Reber, a Blue’s Clues veteran and advocate for neuroatypical kids, “helps parents of preschoolers understand how to use media effectively and age appropriately,” PW’s review said, calling the book “wise and enthusiastic.”

At the same time that some experts are urging parents to monitor and participate in their children’s consumption of media, recent research suggests that a more laissez-faire approach may be beneficial in another area—namely, when it comes to kids getting their hands dirty.

“There are microbes that actually are good for you,” says Jena Pincott, a science writer and former Random House editor, citing research that gut microbes may reduce stress and help kids manage emotions. In Wits Guts Grit (Chicago Review, Apr.), she makes the case for allowing kids to play with animals, dig in the dirt, and eat foods teeming with microbial life.

In a yearlong series of experiments, Pincott, along with her then-five-year-old and infant daughters, made simple changes such as eating more blueberries, making homemade yogurt, and, yes, digging in the dirt, and found these led to an increase in beneficial microbes, higher performance on memory tests, and an improved ability to bounce back from stress.

Architecture and design critic Alexandra Lange, in The Design of Childhood (Bloomsbury, Jun.), encourages parents to examine how children’s physical worlds—their toys and schoolyards and playgrounds—affect their development. She contrasts, for instance, cushioned, protected play spaces designed to minimize the potential for injury with adventure playgrounds, where children romp with near-complete autonomy. Her view: we should return to open play environments and cultivate a greater sense of independence in children, emulating playground and school designs from more permissive, less panicked eras.

Curiosity and courage are key concerns of the authors of The Yes Brain (Bantam, Jan.)—Daniel J. Siegel, clinical professor of psychiatry at the UCLA School of Medicine, and Tina Payne Bryson, a pediatric and adolescent psychotherapist. The coauthors, whose previous books together include 2011’s The Whole-Brain Child (Delacorte; 263,000 print copies sold), explain how parents can nurture in children’s minds a receptive state that enables curiosity and creativity and fosters resilience. “Siegel and Bryson have taken a high-level concept and broken it down into an approach that is easy to understand and implement,” PW’s review said, citing among other elements the explanatory cartoons that conclude each chapter, which are meant to be shared with children.

Ken Robinson, a former arts education professor in the U.K. who advises governments, nonprofits, and other groups on creativity and the education system, says that parents can work within the school system to foster beneficial mind-sets and encourage creative approaches. “There are all sorts of ways in which schools can be more open and flexible in the range of experiences they offer children,” says Robinson, whose 2006 TED talk, “Do Schools Kill Creativity?,” has racked up more than 13.8 million views on YouTube. He cowrote You, Your Child, and School (Viking, Mar.) with Lou Aronica, who was also his coauthor on the 2009 creativity title The Element (Viking; 142,000 print copies sold).

Robinson says parents should work alongside teachers to make school a more creative environment—a goal that stands in contrast to the teach-to-the-test style of education that prevails. He highlights, by way of example, a Texas school that made headlines by offering recess four times a day. “The extraordinary thing is that we’ve got a television crew in the playground at that school, reporting there as if they’re embedded in some foreign military action,” Robinson says. “ ‘Children seen playing in Texas!’ When did we lose our minds like this?”

This lament may be shared by parents concerned about the focus on test prep at the expense of physical education, outdoor play, and creativity. The international Forest School model bucks that trend: classes are hosted outdoors, often in woodland areas, and teachers tailor offerings to individual students’ interests, rather than to standardized evaluations. In A Year of Forest School (Watkins, May), Forest School leaders Jane Worroll and Peter Houghton share stories of their classroom experiences, detailing a selection of outdoor-oriented games and crafts they used with students, projects that parents can initiate at home.

Some families address education concerns by harking back to an earlier era when children were taught at home, but with the benefit of a network of like-minded fellow parents and educators.

Susan Wise Bauer has been a resource for homeschooling parents since 1999’s The Well-Trained Mind (Norton), which she coauthored with her mother, Jessie Wise; the book’s fourth edition pubbed in 2016. In Rethinking School (Norton, Jan.), Bauer turns to mainstream education, which, she says, is “biologically opposed to the way that living creatures grow.” In her new book, which PW’s review called “highly opinionated but eminently practical,” she discusses how children often develop out of sync with their grade levels and shows parents how to intervene before such issues derail a child’s education.

“We grow unevenly and we develop competencies in some areas long before others, but the system itself really resists being flexed,” Bauer says. “It’s super common to have a mismatch between a child’s biological age and the grade level at which they’re working.” She offers suggestions for working within the educational system, for taking a hybrid homeschool approach (e.g., independent study or a gap year), and for transitioning to homeschooling or “unschooling” full-time.

Deborah Reber, in Differently Wired (Workman, June), writes about the decision she and her husband made to homeschool, after frustrating experiences at three mainstream elementary schools. Their son’s unsatisfying diagnosis in second grade: autism spectrum disorder, ADHD, and disruptive behavior disorders not otherwise specified, a clinical diagnosis for patients who fall between diagnostic categories.

Reber, who launched the podcast Tilt Parenting in 2016 as a resource for parents of atypical kids, cites research showing that 20% of school-aged children could be labeled neuroatypical, a concept that reclassifies ADHD, autism, and other conditions as variations along the spectrum of human experience, rather than disorders that needs to be cured. In her book, she suggests that readers make an effort to connect with fellow parents through local support groups and offers advice on building a secure environment for unique children—even when it means taking steps outside the school system.

Below, more on the subject of parenting books.

The Importance of Sharing Media: PW Talks with Anya Kamenetz
In ‘The Art of Screen Time,’ the NPR education reporter looks at the divisive topic of devices.

A version of this article appeared in the 01/08/2018 issue of Publishers Weekly under the headline: Modern Family
TOC
ADVERTISEMENT
More from pw