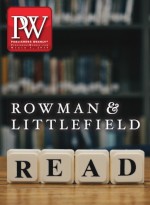 She's known as the U.K.'s "queen of crime drama," and La Plante's iconic book 'Widows' is poised to seduce American audiences this fall as a Hollywood blockbuster

Lynda La Plante has been a household name in the U.K. since the debut of her 1983 novel Widows and its wildly popular TV series adaptation. This November, with the release of a feature-length Hollywood adaptation of Widows, La Plante is set to become publishing royalty on the U.S. scene, as well. Directed by Steve McQueen (12 Years a Slave) with a screenplay by McQueen and Gillian Flynn (Gone Girl), Widows features a cast of huge stars, including Viola Davis, Michelle Rodriguez, Carrie Coon, Elizabeth Debicki, Robert Duvall, Liam Neeson, Daniel Kaluuya, and Colin Farrell.

La Plante is perhaps best known worldwide as the author and creator of Prime Suspect, the Emmy-winning police procedural television show starring Helen Mirren as Det. Chief Insp. Jane Tennison, which ran between 1991 and 2006 and was groundbreaking in featuring a woman detective as its protagonist, paving the way for shows like The Closer.

While Lynda La Plante has written and produced dozens of books and television screenplays, Oscar-winning director Steve McQueen's adaptation of Widows marks the first time one of her novels has been made into a Hollywood film. La Plante first met McQueen at Buckingham Palace, which was hosting a gathering of actors who had attended the Royal Academy of Dramatic Art (La Plante studied as an actor at the academy alongside Anthony Hopkins, John Hurt, and Ian McShane). McQueen approached La Plante and expressed interest in making Widows into a movie. "He said he recalled every moment of the series," relays La Plante. "He was keen to bring the original story up to date. We had lengthy discussions about how the characters would be developed and portrayed." The film is set in contemporary Chicago, a departure from the original, which takes place in 1980s London.

Widows opens with an armed robbery gone wrong, leaving three men dead. Their widows, Dolly Rawlins, Shirley Miller, Linda Pirelli, along with a fourth woman, Bella O'Reilly, pick up their husbands' criminal enterprise, redoing the heist and also probing the questions surrounding their husbands' deaths. Facing police pressure and the threat of a rival gang, the women unravel the mysterious identity of the escaped fourth man involved with the robbery. It's a nail-biting tale of crime, devotion, and the ways desperate circumstances reveal characters' true strengths.

La Plante's writerly practice has made her into something of a sleuth herself. After first conceiving the story line and characters, she begins meticulously researching. Because she is so thorough and precise, she has earned the respect of leading members of the police force past and present, forensic scientists, coroners, and lawyers. She is the first lay person to be awarded an honorary fellowship by the U.K. Forensic Science Society.

While doing research La Plante has found herself in a crack den in South Central L.A. and in a Russian morgue with only an interpreter (who proceeded to pass out), she's witnessed numerous autopsies, and even spent time in a brothel window. "If I have an idea about a prisoner, I will begin making requests to visit prisons to talk to inmates," La Plante says. "This method, what I call ‘going to source,' has always been very beneficial. Everyone has a story and everyone likes to tell their story. I have often been fed a lot of lies and embellishments along the way, and it is fascinating to cut through to the truth."

To satisfy the craze for La Plante's books that's sure to accompany the film, Bonnier Zaffre will publish the first U.S. edition of Widows in paperback in June, followed by a movie tie-in edition in November. And as a further treat, Bonnier Zaffre is bringing out the first four novels in the prequel series to Prime Suspect featuring young probationer Jane Tennison in 1970s London. Tennison will go on sale in March, followed by Hidden Killers in April, Good Friday in May, and Murder Mile in September.

In 2019, Bonnier Zaffre will launch La Plante's upcoming Justice Served series, featuring a brand-new female detective and American characters. La Plante, who has a home on Long Island, will be touring the United States to meet her readers in the coming year, as well as attending ThrillerFest in New York City in July 2018.

Sponsored by Bonnier Zaffre
A version of this article appeared in the 03/05/2018 issue of Publishers Weekly under the headline: Spotlight On Lynda La Plante
TOC
ADVERTISEMENT
More from pw