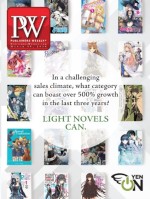 A star-studded lineup of authors and speakers awaits librarians at the 2018 Texas Library Association conference in Dallas—but the spotlight will also shine brightly on librarians’ own stories.

In a recent column in the Texas Library Journal, Texas Library Association (TLA) president Ling Hwey Jeng, director of the School of Library and Information Studies at Texas Woman’s University, wrote about why librarians need to be good storytellers.

“Librarians cannot be accidental advocates, only speaking up when a legislative crisis looms,” she wrote. “Good storytelling shares how residents of our communities learn and grow to become who they are today—and how we facilitate their success along the way.”

The need for librarians to effectively tell their stories is the theme of this year’s Texas Library Association Annual conference (set for April 3–6 at the Kay Bailey Hutchison Convention Center in Dallas), and Jeng’s program couldn’t be more timely. The library message cannot simply be about library policies, or professional statements, she explains. It has to be a good story. And importantly, especially in these divisive political times, the library story should be inseparable from the story of the community.

“That’s one thing I want everybody to walk away with from this conference, the idea that the library is not a standalone, self-sufficient, insular institution,” Jeng says of the program at this year's TLA. “It’s not just a matter of our budgets getting cut. Yes, we need to advocate for our budgets. But the idea is that we must be really, truly embedded in the community. We have to be able to say, I don’t just work in the library, I work in the community.”

Indeed, this year’s TLA program has a clear focus on helping librarians find their stories, and raise their voices.

There is certainly no shortage of stories for librarians to tell in Texas—none more prominent this year than the story of Hurricane Harvey, which last August devastated south Texas and left much of the city of Houston underwater, causing over $100 billion in damage according to some estimates.

Texas libraries and librarians were at once victims of Harvey, and also some of its heroes. Throughout the state, librarians set up services to help communities that were in the path of destruction, as well services around the state for those displaced. And TLA and its members worked tirelessly to raise money, offer resources, and to marshal support for communities devastated by the floods—including, for example, the community of Port Aransas, where the public library was totally destroyed.

Harvey has since been pushed out of the headlines, Jeng notes, but parts of Texas are still struggling to rebound. And those stories, she says, are an example of the stories librarians must continue to tell.

One of those stories will be featured at this year’s TLA conference—the story of nine-year-old Libby Cheek. Though she lives some 400 miles from Port Aransas, the third grader was deeply moved by the images of the destroyed library there and organized a book drive that collected some 10,000 books and magazines for the Port Aransas library, which lost its entire collection to Harvey. TLA has since helped arrange storage for the books while Port Aransas rebuilds its library. And for her effort, Libby Cheek has been invited as a special guest to this year’s Texas Bluebonnet Awards at the TLA conference

Jennifer T. LaBoon, coordinator of Library Technology for the Fort Worth Independent School District and president-elect of TLA, agrees that telling their stories is crucial for libraries. And when she takes over as TLA president at the end of this year’s conference, she’ll have a great opportunity to tell stories to an important audience: the Texas legislature will be in session (excluding special sessions, the Texas legislature convenes every two years).

LaBoon says she expects to spend a lot of time in Austin, the seat of power in Texas, telling the library community’s stories to legislators. And that’s just fine with her.

“Advocacy work is such an important reason I became involved in TLA, so I’m grateful that I get the opportunity to lead during a legislative session year,” LaBoon says. “I’m looking forward to keeping the Texas State Library and Archives Commission (TSLAC) funding level—if not increasing it.”

Of course, she concedes, it can be hard in a red state like Texas not to have conversations that revolve around budget cuts. But, LaBoon says Texas libraries are holding their own: after some nervous moments, they avoided a steep budget cut in the 2017 session. And Texas libraries are slowly getting back to normal after a drastic funding cut (about 65%) to TSLAC, leveled in 2011. The positive outcomes are there—the stories are there—she says, and Texas librarians must be prepared to share them.

“
Texas has been a deep red state for so long that support for libraries is an issue that in many ways transcends Republicans or Democrats. Libraries have a direct impact on all people’s lives.
”

“I’m not going in expecting cuts, because then it becomes sort of a self-fulfilling prophecy,” LaBoon says of next year’s legislative session. “You know, in Texas, they frequently tell us that everybody has to tighten their belts. Tightening your belt is sort of a political thing here in Texas. But when they tell us to tighten our belts, we’ll be ready to say our belt is too tight already.”

A seasoned advocate, LaBoon says that because Texas has been a deep red state for so long, support for libraries is an issue that in many ways transcends Republicans or Democrats. Libraries have a direct impact on all people’s lives. And TLA must not only help librarians tell their stories more effectively to legislators, but they must help library users tell their stories as well.

“It’s not only us speaking to legislators,” she says. “We have to make sure that we’re speaking to the people in our communities so that they know in turn know how to speak to their legislators.” For some, that can be a little intimidating, she acknowledges, whether making calls, writing letters or sending emails to legislators. “So we have to tell them how easy it is to just tell your story,” LaBoon says. "You don’t have to talk in political speak. Just tell them why the library is important to you. That’s it. That’s what they need to hear.”

This year’s TLA conference offers 325 sessions and programs presented by 875 leaders from Texas and beyond. More than 435 exhibitors will fill the Exhibit Hall, showcasing a wide array of products and services for all types of libraries. And like the stars in a Texas sky, the author program is big and bright.

There couldn’t be a better speaker to kick off this year’s program than Rick Steves. The famed travel writer and TV personality will deliver the opening General Session I keynote (Weds., April 4, 8:15–9:45 a.m.) and will talk about travel as a political act.

It was Mark Twain who famously said that “travel is fatal to prejudice, bigotry, and narrow-mindedness,” a philosophy Steves has expanded upon throughout his career. Acclaimed for his bestselling guidebooks and popular public television series, Steves promises a provocative presentation on how visiting other places and cultures—whether in person or through the offerings on library shelves—offers people more than a chance to pick up souvenirs.

Pulitzer Prize–winning author Junot Díaz will keynote General Session II (Thurs., April 5, 4–5 p.m.). Díaz comes to TLA to discuss his debut picture book, Islandborn, which captures a universal immigrant experience. It’s another timely talk, as the need for more diversity in literature, especially kids’ books, is a hot topic and will be much discussed at TLA.

“Kids like me did not exist in the literature,” Diaz told booksellers at the recent Winter Institute meeting, where he urged librarians, booksellers, and publishers to work harder to “decolonize” our shelves.

Educator, poet, and New York Times–bestselling author Kwame Alexander will keynote the Closing Author Session (Fri., April 6, 11:45 a.m.–1:15 p.m.) Alexander will talk about his belief that poetry can be life-changing—indeed, world-changing—and will talk about his new book, Rebound, the highly anticipated prequel to his Newbery Medal–winning novel in verse, The Crossover.

Alexander is a terrific speaker and is beloved in the library community. This is sure to be a can’t-miss event.

Wrapping up the program (Fri., April 6, 1:30–2:30 p.m.) will be R. David Lankes, director of the University of South Carolina’s School of Library and Information Science and author of the The New Librarianship Field Guide and the groundbreaking Atlas of New Librarianship.

Lankes is a passionate advocate for librarians and their essential role in today’s society. Most recently, he took part in a President’s Program debate at the 2018 ALA Midwinter Meeting over “library neutrality.” Organizers say the closing session this year will be slightly different and designed to encourage more interaction.

The first (Thurs., April 5, 9:45–10:45 a.m.) will feature two prominent lexicographers, Anu Garg (A Word a Day) and Merriam-Webster’s Kory Stamper (Word by Word: The Secret Life of Dictionaries). In a starred review, PW called Stamper's 2016 debut "a delectable feast" and a "witty, sly, occasionally profane behind-the-scenes tour aimed at deposing the notion of 'real and proper English' and replacing it with a genuine appreciation for the glories and frustrations of finding just the right word."

Garg and Stamper will talk about “how the words we use have significant impact on public perception” and how choosing the right words and “building a progressive public rhetoric projects a positive image of libraries and librarianship.”

The second program immediately follows (Thurs., April 5, 11 a.m.–12 p.m.) and is titled “Storytelling as a Mirror for Cultural Heritage.”

It will feature Newbery Honor recipient and National Book Award finalist Grace Lin (When the Sea Turned to Silver), who will build on her popular TED Talk presentation, in which she discusses how what children read can set the path for their own self-worth as well as how they see others. Don't miss what promises to be two fascinating talks.

A highlight of every TLA conference of course is the Texas Bluebonnet Awards luncheon. The Texas Bluebonnets are a nationally recognized children’s-choice award—the unique program is designed to encourage reading for pleasure among students in grades three to six.

Each year, 20 books are chosen for the “master list” by a selection committee—if students read a minimum of five books from the master list, they can vote for their favorite title during January of each year.

At this year’s awards luncheon (Thurs., April 5, 12–1:45 p.m.) Max Brallier and illustrator Douglas Holgate will be on hand to discuss their winning title, The Last Kids on Earth.

TLA officials said that a total of 141,141 third to sixth graders from 1,488 schools across Texas cast votes this year, narrowly defeating The Great Pet Escape by Victoria Jamieson—which almost made it two years in a row for Jamieson, who won last year’s top prize for Rollergirl.

Please note, this is a ticketed event—and popular. So if you haven’t scored your tickets yet, visit the TLA website (TLA.org).

These are just a few of the highlights among a packed professional program and the hundreds of authors who will be on hand for panel discussions, book signings, and more. Please check the TLA website for any last-minute changes, and be sure to check out the full program online.

A version of this article appeared in the 03/19/2018 issue of Publishers Weekly under the headline:
TOC
ADVERTISEMENT
More from pw