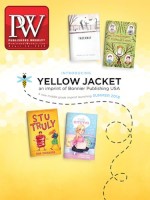 Spurred on by the We Need Diverse Books movement, a crop of new imprints and initiatives reflect publishers’ ongoing efforts to expand the middle grade category, seeking out traditionally underrepresented voices and stories.

Recent years have brought the launch of a number of diversity-focused imprints for children and teens, including the following:

Salaam Reads, a Simon & Schuster venture, is the first imprint at a major publisher to shine the light on books featuring Muslim stories, themes, and characters. Launched in 2017, the imprint is helmed by publisher Justin Chanda and executive editor Zareen Jaffery.

Penguin’s Kokila imprint, which was announced in February, will also center its efforts on publishing diverse books for young readers. According to Penguin, the imprint’s mission is to “add depth and nuance to the way children and young adults see the world and their place in it.” The debut list will launch in the summer of 2019, under the direction of publisher Namrata Tripathi.

Poet, educator, and Newbery Medalist Kwame Alexander will spearhead Versify, a new imprint of Houghton Mifflin Harcourt Books for Young Readers, which the publisher says will feature books that “celebrate the lives and reflect the possibilities of all children.” The imprint will debut in spring 2019 with four titles.

Diversity is also entering the realm of children’s fantasy, as evidenced by the launch of Riordan Presents, bestselling middle grade author Rick Riordan’s imprint at Disney-Hyperion. The imprint, which kicked off in March with the publication of Aru Shah and the End of Time by Roshani Chokshi, will offer multicultural myth and fantasy for young readers.

Other well-established imprints or publishers with a focus on diversity include Arte Publico Press, Cinco Puntos Press, and Lee & Low’s Tu Books.

National literacy initiatives that underscore the vital need for mirrors and windows in children’s literature have also surfaced in the past few years. Printz Award– and Eisner Award–winning graphic novelist and former National Ambassador for Young People’s Literature Gene Luen Yang has been a vocal advocate for getting more inclusive and authentic books into the hands of young readers. The Library of Congress, Macmillan Children’s Publishing Group, and the Children’s Book Council and Every Child a Reader have continued to support Yang in promoting his official platform, “Reading Without Walls,” which encourages children of all ages to pick up books that feature diverse subjects, characters, and formats.

Current national ambassador Jacqueline Woodson has chosen as her platform

“Reading = Hope × Change,” sharing with children across the country the power of books to inspire empathy and social transformation.

Meanwhile, one passionate middle grader, 13-year-old Marley Dias, has launched her own literacy campaign via social media, #1000BlackGirlBooks, in response to the dearth of diverse stories available to young readers. Since starting her initiative in 2015, Dias has far exceeded her goal of collecting 1,000 books with black girl protagonists to donate to libraries nationwide. Her debut book, Marley Dias Gets It Done: And So Can You!, which was published by Scholastic Press in January, aims to inspire her peers to get active in their own communities.

Launched in July 2017 by Patrice Caldwell, associate editor at Disney-Hyperion, People of Color in Publishing is committed to “supporting, empowering, and uplifting racially and ethnically marginalized members throughout the industry,” according to the group’s mission statement. Though the grassroots organization encompasses both children’s and adult publishing professionals, a key part of its sponsorship and support comes from the heart of the children’s publishing community—from Scholastic, Lee & Low, the Children’s Book Council, and others. To date, People of Color in Publishing teamed up with like-minded groups such as Latinx in Publishing to host professional development and networking events, and continues to seek out new programs and partnerships through the outreach efforts of its subcommittees.

Books for the Resistance

Publishers and literary agents are taking note of the demand for diverse stories. Attendees of the recent Bologna Children’s Book Fair spoke to the global proliferation of books featuring timely topics of female empowerment, social and political activism. Narratives and anthologies with a social activist bent, whether fiction or nonfiction, are quickly gaining visibility and popularity in the children’s book market. Examples include You Are Mighty: A Guide to Changing the World by Caroline Paul, illustrated by Lauren Tamaki (Bloomsbury, May); The Radical Element: 12 Stories of Daredevils, Debutantes & Other Dauntless Girls, edited by Jessica Spotswood (Candlewick, out now); and What Would She Do? 25 Stories of Trailblazing Women by Kay Woodward (Scholastic, out now).

In order to better meet the call for more inclusive books that accurately reflect our world, many children’s editors and authors have taken up the practice of consulting with sensitivity or authenticity readers, for projects across all reading levels. There is also a growing movement for #OwnVoices works—those that are created by authors writing from within their own lived experiences.

Publishers stress that these and other efforts are part of an increased awareness of the need for more diversity—both in the books that are created for young readers and within the publishing industry’s workforce—rather than a flash-in-the-pan trend.

For more of the latest developments in the middle grade category, see our 2018 Spotlight on Middle Grade.

A version of this article appeared in the 04/16/2018 issue of Publishers Weekly under the headline: Diversifying Middle Grade
TOC
ADVERTISEMENT
More from pw