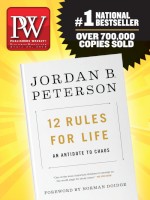 Taking the Measure of Sexual Misconduct Charges in Publishing

Sales of books by Alexie, Asher, and Dashner have taken some hits since the authors were accused of abusive behavior toward women

Since dozens of women accused Harvey Weinstein of sexual abuse last fall, movie lovers have been debating whether it’s possible to continue to appreciate works by directors facing similar allegations. Earlier this year, readers were forced to start grappling with the same issue when bestselling authors Sherman Alexie, Jay Asher, and James Dashner were accused of sexual misconduct.

Asher has vigorously denied the allegations, and Alexie released a statement in which he apologized for his past conduct while denying some of the allegations against him. Dashner had much the same approach as Alexie, issuing a statement indicating that, upon reflection, he realized he may be “part of the problem.” He added, “I didn’t fully understand boundaries and power dynamics.”

To get a sense of how readers have reacted to the news of accusations against the three men, PW examined unit sales of a selection their books, using data from NPD BookScan, to see if any trends have developed since the accusations. What emerged was not a clear picture: with a couple of exceptions, books by the three authors did not see significant sales declines, but interest in their books seems to have cooled. The hardest-hit author appears to be Alexie: sales for two of his most important books have steadily declined. Dashner—who was dropped by his agent, and whose publisher, Penguin Random House, said it will not publish new titles—has seen sales of his books cool right after the accusations were made public, but they have started climbing back toward more normal levels. Sales of Asher’s Thirteen Reasons Why rose immediately after the allegations were made public, but they have cooled some in recent weeks.

Dashner’s bestselling books are those in his Maze Runner series. We picked three titles to examine: the first and third books of the series (The Maze Runner and The Death Cure, both of which had strong sales in 2017) as well as the boxed set of all Maze Runner titles. All three titles saw declines in sales between February 19 and March 18, after the accusations were made public, compared to the four weeks prior. The biggest drop was in sales of the boxed set, which also had the fewest sales of the three books (as well as the highest price tag: $50).

The movie based on The Death Cure was released January 26. The book enjoyed a small sales bump prior to the film’s release, and sales even saw a slight increase after the news of the accusations against Dashner broke in the week of February 16. But sales for the month following the allegations were 19% lower than in the month before. Sales have since settled into about the same weekly numbers that the book sold at for much of 2017.

The Maze Runner also had sales gains ahead of the movie release, but sales for the week after word of the accusations against Dashner spread fell 12% compared to the prior week, and for the month they were off by 25% compared to the prior month. As with sales of Death Cure, however, in April, The Maze Runner had sales similar to those of April 2017. Since it dropped Dashner, PRH has stopped actively promoting his titles.

Sherman Alexie’s most popular book, The Absolutely True Diary of a Part-Time Indian, saw a modest 7% decline in sales in the month following NPR’s March 5 story on the allegations leveled against him compared to the month prior. Unlike sales of the standalone Dashner books, however, sales of Indian continued to soften in April and were down 39% in the first three weeks of April compared to the same period a year ago. Sales of Alexie’s memoir, You Don’t Have to Say You Love Me, took a big hit from the negative publicity, dropping 59% in the month after the NPR story compared to the month prior, and sales have since continued to tank. The memoir was at the center of a controversy when, on February 11 (before the NPR piece ran, but after rumors had already begun to circulate about alleged misconduct by Alexie), the ALA named the book the winner of its Andrew Carnegie Medal for Excellence in Nonfiction. After the story broke, ALA said Alexie told it he would not accept the award and asked his publisher, Little, Brown, to delay the release of the trade paperback. While there is still no date for publishing the paperback, Little, Brown is reprinting other Alexie titles as needed.

Asher’s Thirteen Reasons Why, buoyed by a Netflix series released in March 2017, was one of the bestselling books of 2017. Sales of the book rose 7% between February 19 and March 18, the four weeks after the allegations were made, compared to the four weeks prior. The sales pattern since then has been harder to characterize. Unit sales hit 1,000 in the week ended April 1 (Easter week), the highest total since the beginning of 2018. Last week, the book sold 727 copies, its third-lowest total this year. In April 2017, Asher and Thirteen Reasons Why were flying high as the Netflix series’ release led to sales of about 150,000 copies of the original book, while a series tie-in, 13 Reasons Why, sold another 80,000 copies that month.

The sexual misconduct allegations against Alexie, Asher, and Dashner appear to have tempered interest in their books, at least in the short term. What the accusations will mean for their long-term success, however, remains to be seen.

A version of this article appeared in the 04/23/2018 issue of Publishers Weekly under the headline: Gauging the Impact of Sexual Misconduct Charges
TOC
ADVERTISEMENT
More from pw