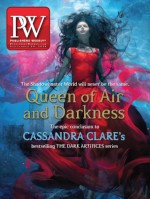 PW asked members of our BXsellers Facebook group to share the music titles that they’re most looking forward to in the coming months.

It’s a memoir in diary entries from between 2003 and 2008, tracing urban rambles and bike rides around the industrial but rapidly gentrifying landscape of Chicago, illuminated by Hopper’s observations of rock bands, dive bars, and the beloved band of weirdos and punks she keeps close. A love letter to the Midwest and a lively, personal, and quick read, it’s a nice tonic to include among the larger, longer, research-heavy music titles. I’ve followed Hopper’s work since I was a teenager, and our store is next door to Grumpy’s Bar, a watering hole and rock venue where Hopper used to work.

He’s behind the Pushing Ahead of the Dame blog and is the only person writing about David Bowie worth reading.

Grant and I: Inside and Outside the Go-Betweens by Robert Forster (Omnibus, Sept.)

I heard Forster interviewed about this on the Word Podcast, which records a semiregular music lit confab held in a London pub—he was interviewed by David Hepworth, author of Never a Dull Moment, one of the best rock books of the last five years. There was definitely a yin-yang, McCartney-Lennon vibe between Forster and Grant McLennan [who died in 2006], musically and personally. Forster previously wrote a book called The 10 Rules of Rock and Roll; he’s a literate, thoughtful guy.

Every time I mention this book to someone, they share a Beastie Boys song or experience—I had no idea how many customers were and are still huge fans. We host a monthly cocktail class at the store and are planning one November 3 to coincide with the release. It’s called Cocktails that Rock: You Have the Right to Party and it’ll include our own creations: the Sabatoge, the Flute Loop, and the No Sleep Slushie.

My Own Devices by Dessa (Dutton, Sept.)

It’s winning for the title with the most preorders right now. She’s local, and that’s part of the appeal for sure, but it’s also well-written and full of art and science; a really enjoyable read.

Also, I’ve been keeping an eye on Jessica Hopper since her first book, The First Collection of Criticism by a Living Female Rock Critic, which we read for an in-store rock and roll–themed book club we were doing at the time. We aren’t doing the club anymore—now that I’ve got a music venue in the bookstore, I don’t have time—but Jessica Hopper’s new book makes me wish we still did. Plus, Night Moves is being published by the University of Texas Press, and I try to keep an eye on what they’re doing, because their titles make our music section more interesting.

Krukowski is a local guy and a musician with Damon & Naomi and Galaxie 500. The book is based on his podcast, which is based on John Berger’s landmark TV series and book Ways of Seeing. The designer collaborating on interpreting sound and interviews into a visual book is James Goggin, art director of the British music magazine The Wire and the director of design, publishing, and new media at the Museum of Contemporary Art Chicago. Okay, I’m giving props to my bookstore’s press—but as a nerdy bookseller, it’s cool to be able to talk to the people who are making the book happen.

A version of this article appeared in the 09/10/2018 issue of Publishers Weekly under the headline: The Hand-Sell
TOC
ADVERTISEMENT
More from pw