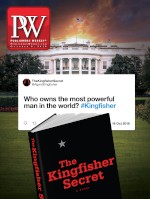 Let’s make metadata great again. Okay, perhaps that’s not the best slogan for my new campaign, but you get my drift. I want some enthusiasm, folks. Metadata for e-commerce has been sitting in the doldrums for too long now, confined to some kind of bibliographic hell, saddled with the ever-vague concept of discoverability. “Keywords” has been the cry: find the right keywords and you can rule the online universe. Is that all there is? Seven keywords and you’re off to the races?

Metadata has been vastly undervalued. I’m here to tell you that metadata is the most important part of selling books today. Bar none. Its power should change the way you market books. It can measurably increase your sales; this has been proven. Publishers have to start approaching metadata as a strategic weapon, not as the digital equivalent of an old library card catalogue.

Publishers Weekly started covering metadata 16 years ago (the first article I can find is dated 2002). “Accurate Metadata Sells Books” is the title of a PW article from 2010. Why, in late 2018, am I still trying to convince publishers that metadata sells books?

Editorial is at the heart of book publishing: if all other factors are equal, the better book will sell more copies. Of course, few of the factors are ever equal, and, in publishing, sales and marketing is mostly concerned with trying to tip the precariously balanced scales ever-so-slightly in your direction.

In a bricks-and-mortar world, the marketing process is well defined and easy to understand: take a good book, seek to influence the conversation via book reviews and the author’s presence, and, anticipating some interest, buy your way to prominent retail display, so the book is visible when the educated customer comes calling.

We saw a vivid example of the problem earlier this year, when bad metadata appropriated the buzz of Michael Wolff’s Fire and Fury: Inside the Trump White House and turned a 2009 book, Fire and Fury: The Allied Bombing of Germany, 1942–1945, into an overnight bestseller.

And so achieving prominence becomes a far more complex challenge than it was in an exclusively bricks-and-mortar world. Relationships are established digitally; metadata is the grease on the wheel of online connections.

Metadata is left-brained, dry, and analytical, and publishing executives are mostly right-brained, creative, and sensitive. They don’t understand how metadata really works, and they’ll settle for the 30,000-foot view. And, truth be told, from 30,000 feet, metadata does look like a library card catalogue. Up close, it looks complicated. Metadata is standards based, and right-brained people don’t like technical standards. Going deep on metadata takes you into the realm of ePub, HTML, SEO, and Onix. What publishing executive wants to go there?

The other damning thing about metadata is that the #1 reason publishers need great metadata is to compete on Amazon. And if there’s one thing that makes a publishing executive cringe more than complex technology, it’s thinking about ways to more effectively compete on Amazon. The game is brutal and complex, the rules change all the time, and self-published authors and Amazon imprints keep winning.

The unpleasant truth is that, though online book pages may appear reminiscent of the bookshop on Main Street, they are in fact located at the bookshop in the city of Amazon. The cover still matters a lot, as do the jacket copy and blurbs.

But there’s so much more that happens on Amazon. There are reader reviews—good ones and bad ones—that signal a book’s quality from a customer’s perspective, rather than from the perspective of a doting friend of the author. There’s a dynamic sales ranking. There are multiple formats on sale side-by-side. Complementary titles are found below the fold. There’s dynamic pricing. On the author’s page are videos and links to community pages on Facebook, Twitter, and Instagram.

The big hurdle for publishers is understanding that all of this online information is based in metadata. Metadata has depth and breadth. Metadata should be verbose but accurate. Metadata should emanate outward, linking, constantly linking, to every online way station that a book buyer might visit.

Preparing this article in mid-September, I dived into the Publishers Weekly Job Zone, searching for jobs that I was certain would demand a familiarity with metadata. To my surprise, I found several ads seeking marketing managers, publicity coordinators, and the like that did not list any metadata-related skills or knowledge in their applicant requirements. If it’s true that metadata sells books, then why do none of these marketing positions require metadata knowledge?

Until management prioritizes its managers’ knowing how to compete with metadata, metadata will be a good housekeeping afterthought. Metadata is great, and the publishers who embrace its strategic value will thrive.

Thad McIlroy is an electronic publishing analyst and author, based on the West Coast and at his website, The Future of Publishing. He is a founding partner of Publishing Technology Partners.

A version of this article appeared in the 10/08/2018 issue of Publishers Weekly under the headline: Let’s Make Metadata Great Again
TOC
ADVERTISEMENT
More from pw