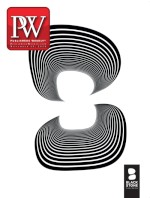 In Burned: A True Story of Murder and the Case That Wasn’t (Dutton, Jan.), Humes offers a searing critique of the use of forensic science in criminal trials.

How did you first learn of the murder-by-arson case the book is centered on?

I began spending time at the California Innocence Project so I could observe how an innocence law practice works from the inside. I found the setting and the people fascinating from the start, and Jo Ann Parks’s case soon drew me in. I saw in it all the elements of a great true crime tale: a mysterious fatal fire, the horror of being a grieving parent accused of murdering her own children, the original investigators’ fear that a stone-cold killer could elude justice, the new evidence that could set Parks free. And combined with all that is a powerful, larger story and context: the justice system’s crisis of confidence in forensics.

You don’t offer an opinion about whether Parks’s murder conviction was justified. Why?

I wanted readers of Burned to make that call for themselves. My job is to do justice to the story of Jo Ann Parks and her family, the fire that killed her children, and the two arson-murder investigations and trials separated by 28 years and one forensic revolution.

How widespread is the practice of using questionable forensic science in the justice system?

It turns out that many of the forensic science miracles lionized in the public’s imagination by such television franchises as CSI have very little real science behind them. Bite mark matching, hair and fiber comparisons, fire pattern analysis, even fingerprint analysis have been shown to be error prone in ways that were long hidden from judges and juries. Regardless of what readers conclude about Parks’s innocence or guilt, I expect most will be shocked and concerned that scientifically dubious forensics have led to many wrongful convictions, bad arrests, and even denial of fire insurance claims that have left thousands of families and businesses in financial ruin.

Why is it that such evidence still makes it to juries?

Judges and the court process itself have proven to be quite inept when it comes to differentiating reliable science from snake oil. A technique or expert can be completely discredited in one case, yet be used to send another person to death row a week later. The legal tests judges use to evaluate a scientific theory or expert are complex and ambiguous. Modern science continually changes and updates itself, but legal precedent can last for decades or centuries. One prominent jurist I quote observes that if judges had their way, the world would still be flat.

A version of this article appeared in the 11/19/2018 issue of Publishers Weekly under the headline: CSLie?
TOC
ADVERTISEMENT
More from pw