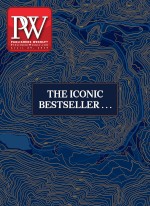 In Underland, Robert Macfarlane explores our connection to what’s
below our feet

Those with the most to boast about are often the most self-effacing. So it is with Robert Macfarlane, whose eight published books about nature and our relationship to it have been garlanded with honors. The first of them, Mountains of the Mind (2003), won a number of awards and was the basis of an Australian documentary last year. At 42, he’s been a fellow of Emmanuel College, Cambridge, for 17 years and, in addition to writing and teaching, is a founding trustee of the charity Action for Conservation, a patron of several others, and an active environmental organizer, notably in the campaign to save 10,000 trees in Sheffield, England.

“For 18 months they fought the council and the contractor, and they brought them to the table and have halted the fellings,” Macfarlane tells me as we sit in his office chatting over herbal tea. “And they did so by imagination, by poetry, by putting themselves on the line, protecting the trees. They were arrested, they were fined, they joined themselves around trees. Passive resistance, satyagraha. I wrote a poem for them, ‘Heartwood,’ which was set to music. The community choir sang it, and we raised thousands of pounds.” Then he exclaims, “Jane Jacobs would be proud,” alluding to the American writer and activist who argued that “downtown is for the people” and insisted that urban planning take account of humanity.

“What interests me from an Anthropocene or global perspective is that there are versions of this going on around the world,” Macfarlane says. He notes that he doesn’t see himself as a campaigning writer but rather as a writer who “sends books out into the world” in the hope that “they meet people and lodge in their hearts and minds and change the way they are in the world,” much as John Muir’s work inspired President Theodore Roosevelt to create five National Parks. Macfarlane points to a shelf of box-files containing readers’ letters (he also mentions that he’s received 10,000 emails from readers): his books have found a place in many hearts.

Underland: A Deep Time Journey (Norton, June) is Macfarlane’s ninth book and his longest; he considers it “darker and deeper and more urgent” than anything he has done so far. In it, he explores the earth beneath our feet, arriving at the terminus of what has been a 2,000-page, five-book journey.

“I didn’t know I would write it, but clearly it bears a mirror-image relationship to where I began,” Macfarlane says. “It’s part of a longer descent. I began on the mountaintop, and then I came to the wild places, and then to the islands, and the valleys, and then I wrote a book called Holloway, which was about sunken paths, and then another called The Old Ways, which was about paths that have been grooved into the landscape. So there’s been a clear descent. This book has been coming for some time.”

Underland took a long time to write—he began in 2012—in part because Macfarlane has his students to consider but largely because such a vast subject necessitated the marshalling of a wide range of information: historical, archaeological, geographical, geological, and biological. He also had to determine whether he had the skills and the sangfroid required to descend deep below ground—to the underland, a word he believed he’d invented until he fell upon it in the Chronicles of Narnia.

Macfarlane found many entry points to Underland, which is about “reading” the darkness, literally and metaphorically. “The first great metaphor in the book is the seeing that is happening in the dark matter research laboratory in Boulby, Yorkshire,” he explains, speaking of Britain’s only deep underground research establishment, located a half-mile below ground on the country’s northeast coast. “You have to go underground to be able to peer into the origins of the universe and to detect dark matter. I was very struck by the idea that there are certain things you can only see in the darkness.”

However dark and deep the descent into what Macfarlane describes as Boulby’s 600 miles of “human-made maze,” he was not required to crawl, swim, or rappel for access to the site as he’s had to in many other quests. Among other places, his research took him into Bronze Age burial sites below the Somerset hills; to the Timavo, Slovenia’s underground river; and into “the invisible city” below Paris, where he remained “out of the sun for three days,” among both the dead and the living, drinking vodka to the sounds of David Bowie with the cataphiles and sleeping in bunkers that at various times gave shelter to Resistance fighters and to the Nazis. In Greenland, he walked on a glacier, which he says is like “walking on a river of time.” It too can be “read,” denoted by the deep time held in each of its layers and colors.

In an ancient forest just east of London, the secrets of time are in touching distance. There, Macfarlane met Merlin Sheldrake, a plant scientist who is particularly fascinated with “charismatic megafauna” whose secrets lay much closer to the Earth’s surface—in the understory, the term used by ecologists to denote the life that exists between a forest’s floor and its tree canopy. Metaphorically, it’s also, as Macfarlane writes, “the sum of the entangled, ever-growing narratives, histories, ideas and words that interweave to give a wood or forest its diverse life in culture.” (It’s also useful shorthand for Macfarlane’s work: fundamentally, he is telling the understory.) Through the young man whom he calls “Marvellous Merlin, the magician of the mycorrhizal web,” Macfarlane says he learned that “below our feet was hidden for 400 million years a communication network that connects trees into a forest, not just metaphorically but chemically.” He adds, “It’s one of those ideas that strikes you with the force of a revelation, but it’s a vision we wouldn’t see, because the Earth keeps its secrets very well.” This mutually beneficial existence has been termed the Wood Wide Web.

The son of a doctor and a research assistant, Macfarlane grew up in Nottinghamshire amid the anger of the miners’ strike of 1984–1985. Even as a child, he says, he was “very aware of living above a hollow land: all the mine workings were visible above ground.” Holidays, he recalls, were spent in Scotland and Ireland, “in rain and snow and sun on islands and mountains,” a tradition he continues with his own children. “Early on, mountains seized my heart—my grandfather was an accomplished mountaineer who climbed all over the world.”

Macfarlane says that poetry, which is important in his writing, “gripped me early”—particularly the writers who addressed nature and landscape and who wrote with “richness and heft.” He was inspired to go to Cambridge to read English. After another two years spent studying at Oxford and another teaching in China, where he began Mountains of the Mind, he returned to Cambridge for “an exceptionally dry PhD on cultural theories of originality.” He is now a reader in literature and geohumanities.

Barry Lopez’s Arctic Dreams, read by torchlight while Macfarlane was following the west coast trail on Vancouver Island in 1997, “blew open for me what nonfiction could be,” he says. “It was not just the thing that wasn’t fiction—it was prose poetry, a luminous, pristine vision of place. It was ethically active, politically engaged. It involved cultural history, anthropology, archaeology, geology, meteorology, climatology. It was fabulously open.”

A prose poem about Orford Ness, a Cold War testing ground on the Suffolk coast that’s now a nature reserve, is Macfarlane’s next book, and he’s already midway through another, which he says is about “eeriness and unsettlement.” He adds that he will never stop writing about landscape, but neither will he stop teaching. “They’ll carry me out of here in a wooden box. I know I will never meet better students, and they come from all over the world. I feel very blessed.”

Liz Thomson is a journalist and author living in London.

A version of this article appeared in the 04/29/2019 issue of Publishers Weekly under the headline: A Descent into the Underworld
TOC
ADVERTISEMENT
More from pw