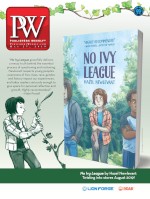 When it comes to conveying a bookstore’s inclusiveness, it doesn’t get much more flamboyant than Drag Queen Story Hour, the popular picture-book-reading program that launched in San Francisco in 2015 and has since been adopted by shops across the country.

But it’s not the only way children’s bookstores send an “all are welcome” message. PW spoke with booksellers at four shops across the country about the ways in which they make their bookstores hospitable to readers of LGBTQ books, through book selection, partnerships, and a thoughtful—often hands-off—attitude toward handselling.

Melissa Doty, who owns the Children’s Bookstore in Baltimore, Md., says booksellers have to make quick observations about whether a young reader might want to be approached or would prefer to be left alone to browse. When children or teens are looking for LGBTQ content or other books with potentially sensitive subjects, she says, offers of help can make them uncomfortable and ultimately backfire.

“You’ve got to give them space,” Doty says. “You make sure that they know you’re available but you don’t follow them around. I made that mistake one time and it bothered me for months after.” Instead, she says, she might recommend some titles, take a few books down from the shelf, share her impressions, and then back away.

It’s a style also favored by Claire McNeill, owner of Bel and Bunna’s Books in Lafayette, Calif., who notes that she suggests books with LGBTQ content to all young readers. “I find that as a generation, children and young adults are all very accepting of each other,” says McNeill, whose shop is located in what she calls a fairly liberal area a half-hour drive east of San Francisco. “Our plan of action is that they’ll pull something they think is relevant to them, and when we see what they’ve pulled, then we know what to recommend.”

Careful handselling requires booksellers to have deep knowledge of their stock and good books for their customers, and the booksellers we spoke with say good books are still in relatively short supply for LGBTQ readers. Certain must-reads are widely available, they say, but some topics and characterizations remain underrepresented: for instance, picture books with two moms that center on the child rather than the parents, picture books with gay or lesbian parents who are also people of color, and nonfiction titles about LGBTQ history. (For a selection of current offerings for kids and teens, see Reading the Rainbow.)

Doty believes that the publication of more titles will result in even more readers seeking out bookstores as places to discover LGBTQ books. “I know it’s kind of a buzzword right now, but kids need to know that a bookstore is a safe space,” she says. “They can be who they are in that space, and if they really, truly need you, it’s important they can come to you. But if they need to be left alone, they can get that, too.”

Bookseller Shirley Mullin is meeting LGBTQ readers where they are, then bringing what she learns back into her store. Mullin owns Kids Ink Children’s Bookstore in Indianapolis, Ind., and is also a steering committee member and bookseller for the city’s Rosie Con Book Festival, named for the recurring Kurt Vonnegut character Eliot Rosewater.

This year’s festival included a session featuring six authors discussing LGBTQ writing for young adults. Mullin says the panel had the most attendees of any at the festival. “The kids who were there were there on their own and were scarfing up books,” she recalls. “It was packed, and the books sold out quickly.”

Back at Kids Ink, Mullin set up a cart with books that had been discussed at the panel, and they’ve sold steadily in the weeks since. Typically, though, she avoids segregating LGBTQ titles, she says—partly to show readers that the store is inclusive in a city that is socially conservative. “We want everyone to see everything,” Mullin notes, citing Alex Gino’s George, about a transgender child, as one example. “We have George on the shelves right with everything else.”

The Carle Bookshop at the Eric Carle Museum of Picture Book Art in Amherst, Mass., has a natural partner in the museum that houses it. Since the exhibit All: A Look into LGBTQ Representation in Picture Books opened in summer 2018, the store has maintained a large face-out display featuring the books readers see in the museum’s cases, including A Family Is a Family Is a Family by Sara O’Leary and Qin Leng, In Our Mothers’ House by Patricia Polacco, Julián Is a Mermaid by Jessica Love, Stonewall by Rob Sanders and Jamey Christoph, and Worm Loves Worm by J.J. Austrian and Mike Curato. (For our q&a with Sanders, see “Building a Movement.”)

Sabrina Montenigro, the Carle’s assistant shop manager, says the bookstore has seen higher sales of LGBTQ-related books because of the exhibit and the retail display, both of which she says show readers “that the Carle values queer stories—and that the bookshop sells queer books.”

That attitude, Montenigro says, predates the exhibit. The store faces out current LGBTQ titles in its picture book, middle grade, and YA sections; popular sidelines include rainbow library cards and socks from Out of Print’s LGBTQ Pride Collection.

Like Mullin, Montenigro typically prefers not to separate out LGBTQ books. As a result, she says, parents seem more willing to let their kids explore the store and pick the books they want. “We see more parental opposition to graphic novels and plush toys than we see opposition to books with queer content.”

Below, more on the subject of children's LGBTQ books.

Sanders’ newest picture book, ‘Stonewall,’ is timed to the 50th anniversary of the uprising and the launch of the modern LGBTQ rights movement.

A version of this article appeared in the 05/27/2019 issue of Publishers Weekly under the headline: Beyond Drag Queen Story Hour
TOC
ADVERTISEMENT
More from pw