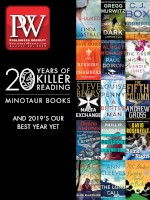 IndieBound Needs a Makeover If It's Going to Fight Amazon

An indie bookseller urges the ABA to enhance its website

As independent booksellers, it’s easy to get riled up about Amazon. It’s certainly disheartening to know that amid its web services, video streaming, and grocery offerings—to name just three of its major business areas—books aren’t even close to Amazon’s sole priority. So when we see authors—in many cases authors we respect or admire—linking to Amazon on social media or their websites, it’s not uncommon for independent booksellers to boil over. I know I have. But I ask: what choice are we giving them?

On Amazon and Goodreads, users can leave ratings and written reviews. Some of these end up as comedic fodder, but most are helpful to authors who want feedback, if only in the aggregate. Many authors encourage this behavior, believing that when users leave reviews and ratings, it helps their sales (and it probably does). Independent booksellers don’t have an independent platform that authors can encourage their readers to use to provide feedback.

Amazon goes one step further on its site with its bestseller rankings. Usually, there are multiple rankings. Let’s use Ben Lindbergh and Travis Sawchik’s The MVP Machine as an example. It is ranked in three bestseller categories—Baseball Biographies, Baseball Coaching, and Sports Psychology—as well as among books overall. Achieving a healthy ranking in any of these categories, no matter how segmented, is a very validating feeling for an author. Of course, getting one of those little orange bestseller badges right underneath the book’s title is even more validating.

Authors can be forgiven if they take screenshots of those rankings or badges and splash them on their social media. After all, everyone wants to be successful. As independent booksellers, we don’t have an independent platform that provides authors with this kind of public sales data.

We could, though. Our sales reports fuel the Indie Bestseller List. This data is waiting to be segmented, chopped up, and dropped onto IndieBound for all to see. Adding a section for ratings and reviews would make IndieBound more competitive with Amazon and Goodreads.

I have brought this up to the American Booksellers Association on two occasions. To date, it has not taken action on the idea—which, honestly, is understandable. Like most of us, the ABA is overwhelmed. In addition to its normal heavy workload, it’s trying to push ambitious projects—such as a health insurance plan for booksellers and a centralized billing system for all publishers, among other initiatives—across the finish line. This year is particularly challenging for the ABA: it’s simultaneously managing all of this work and navigating a leadership change, as the organization’s CEO and CFO get set to retire. But at some point, this will need to become a priority.

There are other options, of course. There are platforms such as Litsy—though I find Litsy to be insufficient at present. Edelweiss+ bills itself as being for “booksellers, librarians, reviewers, and other book professionals.” Could it expand to all readers? Perhaps publishers could band together in a Hulu-like fashion to create an independent platform. Or perhaps, more simply, the ABA could partner with a technology company that has the bandwidth to tackle this project.

The authors whose books populate our bookstores who actually love Amazon are few and far between; I certainly haven’t met any. They’ll link to IndieBound or a similar platform instead of Amazon if we give them a reason to. Right now, we’re not. We all want to beat Amazon, but right now, it’s the only company presenting systematically collected customer feedback and sales data to the general public. We can’t beat Amazon if we’re not even competing with it.

Paul Swydan was a sportswriter and editor for more than a decade before opening the Silver Unicorn Bookstore in Acton, Mass. His work has been published in Boston.com, the Boston Globe, ESPN the Magazine, FanGraphs, and Pitchfork, among others.

A version of this article appeared in the 08/12/2019 issue of Publishers Weekly under the headline: Building a Better IndieBound
TOC
ADVERTISEMENT
More from pw