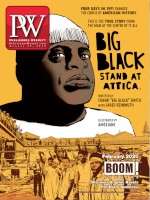 Sharon Olds’s 15th collection, Arias, offers poems about
human individuality and how we engage with the world

Olds cites truth, kindness, and trust as vital to any good workshop environment (“Not too much truth too early in the drafting process,” she qualifies). “If you do better, I will do better,” she encourages. “Practice hearing poems as well as reading them by eye. Learn to hear the differences in people’s and poems’ voices. Cherish each other.”

That same generosity lives at the center of Olds’s own poetic practice, spanning nearly four decades and 14 books of poetry and earning some of the most prestigious accolades in literature, including the Wallace Stevens Award from the Academy of the American Poetry; the Pulitzer Prize for her 2013 collection, Stag’s Leap; and the T.S. Eliot Prize for that same book. Olds has served as chancellor of the Academy of American Poets and was elected to the American Academy of Arts and Letters in 2015. She now splits her time between New York City and Pittsfield, N.H.

For Olds, writing is a fine-tuned set of movements and experiences. “So much is going on in mind, heart, body: beat, rhyme, line, caesura, story, enjambment, the dance of the poem—but not consciously. It’s a lot like improv in rock and roll and dirty dancing.”

It’s no surprise that Olds’s 15th collection, Arias (Knopf, Oct.), is rich with its own music, gaining momentum through an accumulation of “songs,” each with its own distinct rhythms and considerations. In that regard, it might be said to share ground with Olds’s previous project, Odes (2016), in which she wrote in praise of the ordinary (an ode to buttermilk appears alongside one to the hymen). In both collections, each poem’s skillful construction and vision reveal the extraordinary in the mundane.

“In the years when I was writing the poems in Odes, I’d just read Neruda for the first time, and his stance to ordinary things in his life opened in me some poems about ordinary things in my life,” Olds says. “But I still seemed to have songs in me, too—of resistance, or mourning, of Eros, of resistance to tyranny and violence. What I experienced as arias just kept coming to me.”

Arias revisits the topics that have always been essential to Olds’s work. “We write about what moves us most,” she says. “It’s fine with me that I write about only a few subjects,” she adds, though in circling those few—parents, partners, children, sex, love, government, and the Earth—the entire universe peeks through.

In poems that confront the greatest issues plaguing our society today, Olds presents unflinching visions of personal and public violence, political dissent, and the media, showing readers how the world’s images inform our own personal refrains. “We are moved to bear witness,” she says. “Sometimes that looks hopeless, but I like to fight what I hate.”

The first of the book’s five sections opens with a poem titled “For You,” which speaks to Olds’s desire to connect with what she calls “the people in our shared human family,” and which addresses one stolen too soon from that family:

I repeat them as I seek them,

so as not to forget: tray, cell phone,

invented for you, art was made

for you, painting, writing, was yours,

our youngest, our most precious, to remind us

to shield you—all was yours, all that is

left on earth, with your body, was for you.

Whether addressing close friends or imagined strangers, Olds treats her subjects with palpable compassion, understanding “the human work” of life is bound by death: “as soon as she’s taken the good of one breath,/ and given back the rest—look,/ she is dying,” she writes in “First Breath.” The poems in Arias demonstrate a keen and moral awareness that it is in our power to magnify or lessen suffering on our planet. Later sections engage with childhood as well as sex and love after divorce, while a string of elegies—to her mother, step-parents, and friends—illuminate the reality of belonging to a nuclear family alongside the larger, human one.

“I saw, to my amazement and joy, that there was at least one aria for each letter of the alphabet,” Olds says. “Later, I pored over the ordering of the subjects that the ABCs had shaped and was happy with it. Pored over means I made a lot of charts—OCD ABCs!”

Though abecedarian charting may be particular to Arias, Olds observes that the practice of generating the book was mostly the same as for previous collections: “First draft in grocery-store notebook in ballpoint, then fewer than half of those get typed, then half of those get revised, then half of those get sent out to a magazine, then many of those accepted—and some that were not—go into a new book.” That Olds notes that some poems might not find early homes in magazines and journals is an example of the candor and humility that have made her a beacon to her students and peers alike. With some luck, she will have shaped a similar openness and honesty in future generations of poets coming into their craft.

With Arias, Olds offers gripping, vivid songs that urgently capture the preciousness of what there remains on Earth to defend, and all that has been lost. “I am singing,” she writes in “Looking South at Lower Manhattan, Where the Towers Had Been”:

I am singing against myself, as if

to shield them from it.

“Art arose when our species began,” Olds says. “If anything can help us, it might be the empathy and pleasure which empower art.” In the complex, nourishing poems of Arias, the stakes are clear: if we are on Earth, we ought to be singing.

A version of this article appeared in the 08/19/2019 issue of Publishers Weekly under the headline: Songs for the Human Family
TOC
ADVERTISEMENT
More from pw