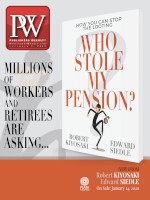 While many organizations around the country sponsor writers conferences and book festivals, one Midwestern event, billed as a festival for both readers and writers, is unique among them, even though it remains small in terms of attendance numbers. Not only does the North Shore Readers & Writers Festival take place in a remote town near the Canadian border with only about 1,500 year-round residents, it provides enough economic stimulus to pump up sales at its local indie bookstore and other small businesses during an otherwise slow time of the year.

The North Shore Readers & Writers Festival was launched in 2015 in Grand Marais, Minn., a fishing village, located on Lake Superior, that is heavily dependent on summer tourism. The four-day festival—cosponsored by the Grand Marais Art Colony (GMAC), Drury Lane Bookstore, and the Grand Marais Public Library—takes place every other year during the first week in November, when average temperatures range between 25–39 °F.

Because the town does not have a conference center, events take place in various venues—including a log cabin, an art gallery, a church, the community center, and the public library. “We chose a quieter time of the year on purpose,” noted Drury Lane manager Gwen Danfelt. “It’s easier to bring people to town. We can put authors and other presenters up at the Best Western, and while some businesses are closed for the winter, the co-op, some restaurants, and the coffee house are open.”

This year’s festival, held November 7–10, featured 18 authors and seven publishing professionals giving talks, participating on panels, leading seminars, and teaching classes on writing for about 175 attendees comprised of readers and aspiring writers from all over the state. While some events are free, others, such as the writing classes, cost up to $65 each on an à la carte basis.

“It’s not an entertainment festival,” explained GMAC artistic director Ruth Pszwaro. “It’s a combination of education in a writers retreat-like atmosphere and the intersection of writers, readers, and book professionals. We don’t have universities nearby, so we’re trying to emulate [universities and the Loft Literary Center in Minneapolis] by bringing the kinds of resources they have to our region.”

All of the authors invited to participate in the festival thus far live in Minnesota. “There is an enormous amount of authors in this state,” Pszwaro said, noting that keynote speakers have included such national names as Lorna Landvik (2015), William Kent Krueger (2017), and Leif Enger (2019).

Author Sarah Stonich was involved in conceptualizing the festival and joined Minneapolis Star-Tribune books editor Laurie Hertzel and novelist Peter Geye on a 2015 panel for readers wanting to write book reviews to post on social media.

The three-pronged structure of the festival creates vibrancy, Stonich said. “Readers are included, along with writers, and the Minnesota publishing community.” Pszwaro added that event organizers are happy about the “great growing relationship” between the festival and the publishing professionals in attendance.

Erik Anderson, regional trade editor at the University of Minnesota Press, has staffed an exhibit table at all three festivals. “It’s such a wonderful community partnership,” he said, “It’s also a great opportunity to get out into the state and be part of the literary conversation, to connect with readers and writers. It’s not about book sales, it’s an opportunity to be a part of that community.”

Drury Lane’s Danfelt noted her sales were demonstrably up during 2015, 2017, and 2019—the years the festival has taken place. This year, for the first time, all attendees were given 20% discount coupons, which drove bookstore sales up 150% above the same week last year; sales were up 50% over the same week in 2017.

Drury Lane was not the only local business benefiting from the presence of writers and readers in Grand Marais for the festival. Carol Thomas, manager of the Gunflint Tavern, regarded by many as the festival’s social hub, said that her establishment’s business rose by $5,000 when the festival took place in 2017, and spiked by $10,000 during the festival this year.

“The festival has definitely helped our business,” Thomas said, noting that November 9–10 marked the opening of the 2019 deer-hunting season, which may have further contributed to the spike in sales. “Keep it going, book lovers, we’re looking forward to your return in 2021."

A version of this article appeared in the 12/02/2019 issue of Publishers Weekly under the headline: Small Town, Big Literary Festival
TOC
ADVERTISEMENT
More from pw