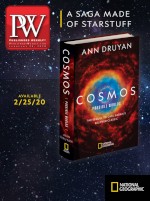 What about Nero Wolfe remains appealing?

Eccentrics are always interesting. Sherlock Holmes was an eccentric. Columbo was an eccentric. I think it’s Wolfe’s eccentricity that we gravitate toward, and it’s an eclectic eccentricity, which makes it even more compelling. On the one hand, the man cultivates orchids, but on the other hand, like the newest member of the Supreme Court, the man likes beer. He’s a Not-Me, but he’s also a Me, and that combination is very appealing.

How did the Wolfe novels shape the genre?

Before Rex Stout, you had the intellectual British crime story and the hardboiled American crime story, and never the twain did meet. The combination of Nero and Archie Goodwin brought the best of both styles into a single series, and that “something for everyone” approach really resonated.

How did this anthology happen?

In the early 1970s, I suggested to Frederic Dannay—one of the two cousins who wrote together as “Ellery Queen”—that maybe it was time for a collection of Queen pastiches and parodies. Mr. Dannay liked the idea, and suggested I do it. I was just out of my teens and had no idea how to edit a book, so nothing came of it, until 2016, when I ended up coediting The Misadventures of Ellery Queen. While working on it, I got an out-of-the-blue email from Rex Stout’s daughter, Rebecca Stout Bradbury, who knew I’d written an homage to Nero and Archie in 1971. Rebecca invited me to lunch. We had a lovely time, and we talked about the book I was working on. Rebecca later asked if I might consider editing a Misadventures of Nero Wolfe, and, with her approval, I was happy to jump in and put the book together.

Is Wolfe easier to parody or pastiche?

The job of the pasticheur is to convince readers they’ve somehow stumbled across a previously unknown work by the original author, and when it comes to Rex Stout’s narrative voice that’s really hard to pull off successfully. Some people have come close, but I don’t think anyone has fully nailed it, not yet. So I’d say it’s definitely easier to parody Nero and Archie than to pastiche them. For starters, there’s the name—a Roman emperor plus a wild animal. Then there are the eccentricities: where Wolfe cultivates orchids and drinks beer, for example, Loren Estleman’s Claudius Lyon grows tomatoes and Dave Zeltersman makes Julius Katz a connoisseur of fine wines. It’s Nero’s eccentricities that make him so easy—and so much fun—to parody.

A version of this article appeared in the 02/24/2020 issue of Publishers Weekly under the headline: Who’s Afraid of Nero Wolfe?
TOC
ADVERTISEMENT
More from pw