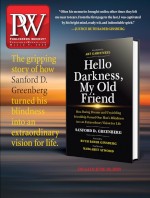 In an eight-figure deal, Janet Evanovich moved to Simon & Schuster. Evanovich, who is arguably among the top 15 bestselling novelists in the world, signed a four-book world rights agreement with Atria Books. Her agent, Shane Salerno at the Story Factory, brokered the agreement, which will cover two new titles in Evanovich’s popular Stephanie Plum series. The deal marks Evanovich’s third publisher switch in recent years. She made headlines in 2010 when she left

St. Martin’s Press, her longtime publisher, and signed with Random House’s Ballantine Bantam Dell imprint. Before she made that move, Deadline reported that she was looking for a $50 million multibook contract. The first book under Evanovich’s deal with Atria, where Peter Borland will be her editor, is titled Fortune and Glory; it will be the 27th entry in the Stephanie Plum series and is set for a November 10 release. The third book in the agreement will launch a spin-off series, while the fourth, The Bounty, continues her Fox & O’Hare series. According to S&S, Evanovich has sold nearly 100 million books. For this deal, Atria senior v-p and publisher Libby McGuire, Borland, and Atria’s legal team negotiated terms with Salerno and attorneys Richard Heller and Mark Merriman.

In a world English rights agreement, Doubleday bought Kevin Kwan’s novel Sex and Vanity. The author’s Crazy Rich Asians trilogy, launched in 2013, has, per the publisher, sold more than four million copies in the U.S. Doubleday said the new book, which is getting an announced first printing of 500,000 copies, is “a glittering tale of love and longing as a young woman finds herself torn between... the WASP establishment of her father’s family and George Zao, a man she is desperately trying to avoid falling in love with.” Jenny Jackson acquired the title from Alexandra Machinist at ICM Partners. The book is slated for July 2020.

With a preempt, Mark Tavani and Danielle Dieterich at G.P. Putnam’s Sons bought Christina Sweeney-Baird’s debut novel, The End of Men. Alexandra Machinist at ICM Partners sold U.S. rights to the work of speculative fiction, which is slated for spring 2021. Putnam said the near-future-set work, which is reminiscent of The Power and World War Z, “explores what our world would look like without men, as a virus stalks the male population and women deal with its consequences in society.” The author is a lawyer and freelance journalist who has written for, among others, the Independent and the Huffington Post. Machinist brokered the Putnam agreement on behalf of Felicity Blunt at Curtis Brown UK. The book has sold in the U.K. and was preempted in Canada.

Browder’s New ‘Order’ Back to S&S

Simon & Schuster bought Freezing Order, the follow-up to Bill Browder’s 2015 nonfiction bestseller Red Notice. The new book, subtitled A True Story of Russian Money Laundering, State-Sponsored Murder, and Surviving Vladimir Putin’s Wrath, is, S&S said, “a real-life thriller” that follows up on the events the author detailed in his earlier book—namely, how as a Moscow-based hedge fund manager, “he was expelled from Russia after exposing corruption at the companies he invested in.” Browder’s Russian lawyer was subsequently arrested and murdered; Freezing Order, S&S continued, explains “how Browder has gone after the people who received the $230 million that his lawyer was killed over.” Priscilla Painton bought North American rights from Patrick Walsh at Pew Literary.

Fugett Has Her ‘Day’ at Dial

The debut memoir Alive Day by Karie Fugett was acquired by Dial Press’s Whitney Frick at auction. The book is about, the publisher said, a woman “thrust into the role of caregiver after her husband of just three months returned from Iraq with a debilitating injury.” The publisher elaborated that the book was “pitched as centering the experience of the many thousands of military spouses and caregivers—mostly women, often poor—who never deployed but whose lives have been no less affected by America’s forever wars.” Chris Clemans at Janklow & Nesbit handled the North American rights agreement for Fugett.

In a six-figure acquisition, William Morrow inked a three-book U.S., Canadian, and open market rights agreement with British author SJ Bennett for a crime series featuring Queen Elizabeth II. In the books, the queen is an amateur detective who, Morrow said, “solves crimes in secret and behind the scenes, in between her royal duties.” David Highfill at Morrow won the books at auction from Grainne Fox at Fletcher & Company (who brokered the deal on behalf of U.K. agent Charlie Campbell at Kingsford Campbell). To date, the series had also sold in Germany, Hungary, Italy, Spain and the U.K. Book one, The Windsor Knot, is slated for spring 2021. Bennett has written 10 books for teenagers.

The Experiment’s Matthew Lore took world rights (sans Japan) to marine biologist Danna Staff’s Monarchs of the Sea. Lore won the title at auction from Stacey Kondla at the Rights Factory. The agency said the book (previously published by UPNE as Squid Empire) charts “the 500-million-year evolutionary history of cephalopods.”

Nicole Kidman’s Blossom Films and Amazon Studios optioned Samantha Downing’s debut novel, My Lovely Wife (Berkley). The book, which was released in paperback on March 3, is a Best First Novel nominee for the 2020 Edgar Awards.

Ace Entertainment (which produced To All the Boys I’ve Loved Before) optioned Abigail Hing Wen’s debut YA novel, Loveboat, Taipei. The sale of the now-bestselling book was reported in this column; HarperTeen won it for high six figures after a six-house auction. It was described by the publisher as “a YA Crazy Rich Asians meets a Jane Austen comedy of manners.”

U.K.-based publisher HQ signed children’s author Anna Wilson’s adult memoir, about her mother’s late-in-life autism diagnosis, A Place for Everything. The Bookseller reported that HQ will publish the title, which it bought world rights to, in summer 2020.

The Basque nonfiction book Miñan has been preempted in Italy by Feltrinelli. The author, Amets Arzallus, is a singer who specializes in a kind of music local to the Basque region, and the book is his life story. The title has yet to be published in Spain, where Blackie Books has acquired Spanish and Catalan rights. (The memoir was published in Basque in November 2019.) SalmaiaLit is handling rights for the work.

A version of this article appeared in the 03/09/2020 issue of Publishers Weekly under the headline: Book Deals
TOC
ADVERTISEMENT
More from pw