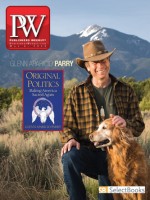 The 2016 presidential election laid bare the stark polarization in U.S. politics. As the country approaches the 2020 election while navigating an often politicized pandemic, some may be wondering what steps they can take in their own lives to ease, or at least converse across, political divides. In Beyond Your Bubble (APA, Aug.), Tania Israel, a professor of psychology at the University of California, Santa Barbara, offers practical advice for talking to, and understanding, those whose campaign yard signs make you wince. PW spoke with Israel about the importance of dialogue, the meaning of intellectual humility, and polarization amid the pandemic.

Your academic interests include gender, sexuality, and social justice. What led you to the topic of political bubbles?

Leading up to and in the wake of the 2016 election, it became pretty clear to everyone that there was political polarization in our country, and it was affecting people’s relationships with their families, with their friends, with coworkers. I had some experience bringing people together to talk about issues of conflict: in the ’90s, I started a group bringing together pro-choice and pro-life people to have dialogue. That, for me, was a really transformative experience—being able to see the power of dialogue not to change people’s minds about an issue, but to change people’s minds about the people who disagree with them on an issue.

This book grew out of a workshop you conducted with a similar theme. Who attended it, and what were their reasons?

It was people from a wide range on the political spectrum. When I would ask people what brought them, there were a number of pretty consistent motivations. One was that people were experiencing conflict, or avoidance, with someone who was important to them. People also said that they wanted to reach across the divide, not necessarily with a specific person in mind. Some were just saying, “I can’t understand these people on the other side.” They wanted to develop more of a comprehension. And then, of course, there were people who said they really wanted to persuade people on the other side.

How might your book speak to the present moment, amid the Covid-19 pandemic?

One of the things that I think is helpful right now is that a lot of people are coming together around this health crisis. I’m appreciating that the political divide is not at the forefront of things. Even if that’s not great for book sales, I think it’s much better for our society. At the same time, what I’m seeing is that people are still viewing this health crisis and the government response differently based on their political views. I’m also wondering about people who are sheltering in place with folks who have different political views than their own, and who are trying to figure out how to manage that situation. I think there are some possibilities for this as an opportunity to experiment with dialogue.

Is it hard to set aside your own politics when writing about political bubbles?

I talk about perspective-taking in the book and how to do that, and I try to do a lot of that myself. Another thing I write about is intellectual humility: even if you have strongly held views, you can have a curiosity about people who have different views. I find that to be really enriching.

A version of this article appeared in the 05/04/2020 issue of Publishers Weekly under the headline: Agree to Disagree
TOC
ADVERTISEMENT
More from pw