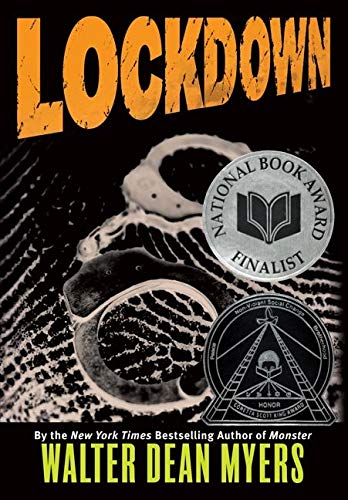 Maurice “Reese” Anderson is sentenced to 38 months in Progress, a juvenile detention center in New York, for stealing prescription forms for use in a drug-dealing operation. After 22 months, Reese, now age 14, is assigned to a work-release program at Evergreen, an assisted-living center for seniors. There he meets racist Mr. Hooft, who lectures him on life’s hardships (having barely survived a Japanese war camp in Java), which causes Reese to reflect on his own choices. More than anything, he wants to be able to protect his siblings, who live with his drug-addicted mother, before they repeat his mistakes (“The thing was that I didn’t know if I was going to mess up again or not. I just didn’t know. I didn’t want to, but it looked like that’s all I did”). Reese faces impossible choices and pressures—should he cop to a crime he didn’t commit? stick out his neck for a fellow inmate and risk his own future? It’s a harrowing, believable portrait of how circumstances and bad decisions can grow to become nearly insurmountable obstacles with very high stakes. Ages 12–up.