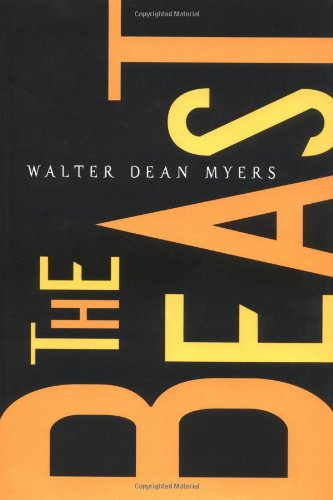 Myers ( ) sketches a provocative picture of an intelligent, likable 16-year-old straddling two worlds: his neighborhood on 145th Street in Harlem and the privileged world of Wallingford, the boarding school where he is spending his senior year. Anthony Witherspoon (or Spoon, as his friends call him) comes from a loving home and has an aspiring-poet girlfriend, Gabi—introduced in the opening chapter, as Spoon departs for Wallingford. In the next chapter, Spoon and his fellow students make plans to return home for Christmas break, and it quickly becomes clear that Chanelle, an Upper East Side New Yorker, fancies him. In a first-person account, Spoon describes the myriad ways things have changed in the three months that he's been away. A close friend has dropped out of school, Gabi's younger brother has been "gang banging" (trying to get into a gang) and Spoon finds a hypodermic needle on Gabi's dresser. Readers glimpse Spoon's complex universe as he enters a drug den to retrieve Gabi and gets snubbed by Chanelle's doorman when he arrives at her home for a party. Such scenes are tantalizing, yet the ideas introduced seem only partially developed (the chapter about finding the drug den is titled "the labyrinth," and implies that addiction is "the beast," yet Spoon refers to his purposeless childhood buddies in a similar fashion: "They seem as if they're wandering around in some monster maze"). Readers will recognize that Spoon's surroundings have changed but may be left to wonder how those changes have affected him. Ages 14-up.