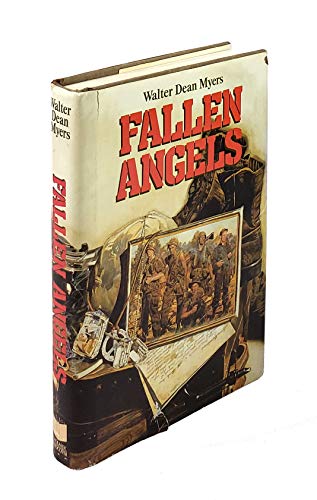 Like A Rumor of War, Brothers, and the film Platoon, this tells the story of Vietnam from the foot soldier's point of view. Myers accomplishes his heartbreaking intent by pacing the book to mirror the grunt's life. The plot is simply a soldier's life from the day he arrives ""in country"" to the day he is flown back to ""the World."" Vietnam is, for one bright black teenager named Richard Perry, days of numbing tedium, racial tension, Army SNAFUs, and rumors of peace punctuated by moments of near hallucinatory terror, violence, agony and loss. What matters? Surviving 365 days; and love for his comradesloudmouthed and funny Peewee Gates, Johnson the brawny, deadly machine gunner, white buddies Monaco and Lobel, and Lieutenant Carroll (who, like many real-life officers in Vietnam, cares more about his men than promotions). Other authors have gotten the details right, but Myers (Crystal, Motown & Didi) reaches into the minds of the soldiers and readers are startled to remember that these were teenagers, thrown into hideous battle against other teenagers (and their families), surrounded by an enemy that was all-pervasive and invisible. Readers, including those born after the fall of Saigon, will hear the morbid music of those wordsChu Lai, Khe Sanh, Phuoc Ha, medevac, hot LZ, Tetand in Perry and his buddies (especially Peewee, one of this year's great creations) they will reel from the human consequences of battle. A worthy memorial for brother Thomas Wayne ""Sonny"" Myers, KIA May 7, 1968, the Nam. Ages 13-up. (May)
close
Details