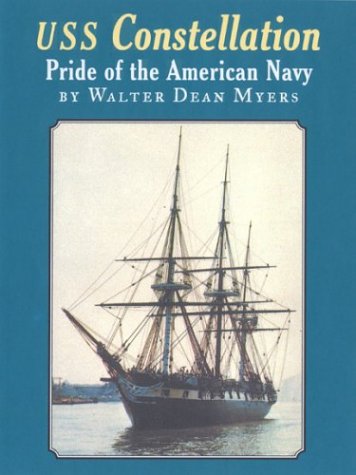 Myers ( ) offers a meticulously researched, fast-flowing chronicle of the historic , originally launched from the port of Baltimore in 1797. By tracing the ship's history as one of three frigates built for the fledgling naval branch of the armed forces, the author offers a larger view of the shaping of America. Myers describes the ship's involvement in missions on several fronts, and explains that it was retired and then rebuilt as a sloop of war in 1854, the last all-sail warship designed for the U.S. Navy. In this incarnation, the vessel played a pivotal role (as flagship for the African Squadron) in intercepting ships involved in the slave trade and protecting Union ships from Confederate vessels in the Mediterranean during the Civil War. After steam engines and iron hulls rendered the obsolete for combat, it served as a training ship for the Naval Academy. The author provides diverting details about life aboard the , including notes on the chores performed by youngest crew members (some not yet teenaged). Kids will find themselves easily lured aboard—and will be gratified to learn that the vessel has been restored to its former glory and now floats proudly in Baltimore harbor, "a magnificent symbol of navy tradition and the American spirit." The inclusion of dramatic archival photos, period cartoons and riveting first-hand accounts of sailors make this voyage all the more rewarding. Ages 10-up.