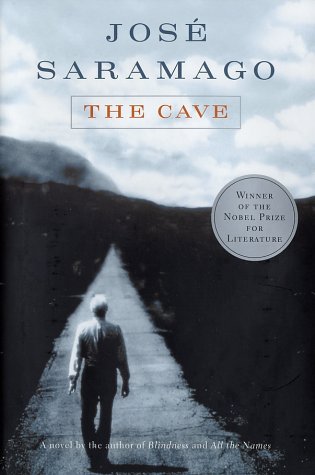 The struggle of the individual against bureaucracy and anonymity is one of the great subjects of modern literature, and Saramago is often matched with Kafka as one of its premier exponents. Apt as the comparison is, it doesn't convey the warmth and rueful human dimension of novels like and . Those qualities are particularly evident in his latest brilliant, dark allegory, which links the encroaching sterility of modern life to the parable of Plato's cave.

Widowed Cipriano Algor is a 64-year-old Portuguese potter who finds his business collapsing when the demand dries up for his elegant, handcrafted wares. His potential fate seems worse than poverty—to move with his daughter, Marta, and his son-in-law, Marçal Gacho, into a huge, arid complex known as "The Center," where Gacho works as a security guard. But Algor gets an order from the Center for hundreds of small ceramic figurines, a task that has Marta and Algor hustling to meet the delivery date. Saramago's flowing, luminous prose (beautifully translated by Costa) serves him well in the early going as he portrays the intricacies of Algor's artistic life and the beginning of his friendship with a widow he meets at the cemetery. The middle chapters bog down as the author lingers over the process of creating the dolls and the family's ongoing debate over Algor's future. But Saramago makes up for the brief slow stretch with a stunning ending after the doll project crashes, when Algor becomes a resident of the Center and finds a shocking surprise in a cave unearthed beneath it. The characters are as finely crafted as Algor's pottery, and Saramago deserves special kudos for his one-dog canine chorus, a stray mutt named Found that Algor adopts as his emotional sounding board.

Saramago has an extraordinary ability to make a complex narrative read like a simple parable. This remarkably generous and eloquent novel is another landmark work from an 80-year-old literary giant who remains at the height of his powers.