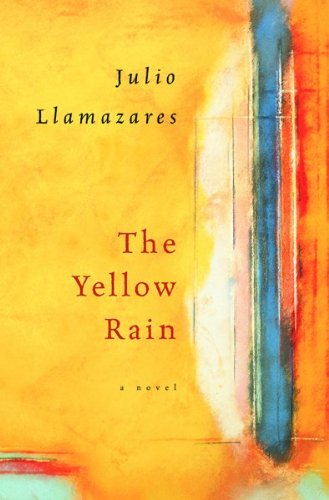 In this somber and elegiac novel, Llamazares's first to be translated into English, the last, dying resident of a deserted village in the Spanish Pyrenees, "forgotten by everyone, condemned to gnaw away at my memory and my bones like an old dog," summons the ghosts of his past. The closing of the local mill sent Ainielle's population to other towns, until only the elderly narrator and his wife, Sabine, remained. Lonely and grieving, Sabine killed herself, and the old man is left with only his loyal, sorrowful dog. Now, on what seems to be his final night on earth, he recalls the tragedies that have befallen him: his daughter, Sara, died when she was only four; the Spanish Civil War claimed his son Camilo; and his other beloved son, Andrés (the narrator's namesake), "abandoned" his family to seek his fortune. The old man has never forgiven Andrés, nor anyone else who left the village to rot, its houses collapsing "like an animal felled by a bullet." Llamazares's gorgeous prose evokes the empty streets and desolate landscape as effectively as it suggests ambiguities in the narrative's truth: is Andrés the elder a crazy, potentially dangerous man who sees visions of the dead? Or is he himself a ghost? A gorgeous, heartbreaking meditation on memory and solitude, and a poetic accounting of physical and spiritual decay, Llamazares's slender novel transports readers to a grim and unforgettable world.