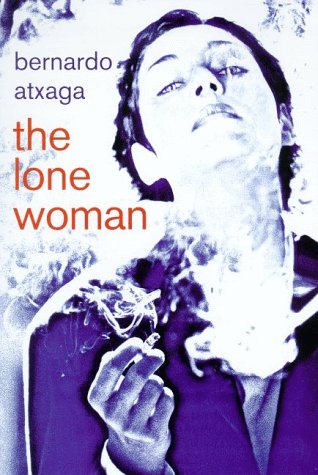 Basque writer Atxaga, whose 1994 novel, The Lone Man, described a former terrorist's inability to escape his past, offers a compact, introspective tale of a political separatist who emerges from prison to embark on a new life. Irene, 37 and newly freed after four years in a Barcelona jail, has renounced her terrorist affiliations. The novel takes the form of her homecoming, with a few flashbacks and ""dreams,"" via a bus journey home to Bilbao. Disoriented and friendless, Irene needs help shaking her prison blues. But the men in her life, with the exception of a memory (her long-dead lover, a shy, ""delicate"" fellow subversive) range from worthless to malevolent. The man she slept with on her first night out of prison abused her; her father seems ambivalent about her release; she writes off a selfish, lukewarm lover, a member of her former organization; even the male bus drivers are rude. Worst of all are two policemen, who are, as she feared, stalking her on the bus. One of them bullies and physically threatens her. The other, handsome and smooth talking, insidiously offers friendship, preying on her loneliness and sexual insecurity. Yet memories of prison, specifically of her cellmate, wise sexagenarian Margarita, encourage and inspire her, and cigarettes and books bolster her confidence. Several women passengers on the bus also come to her aid, among them a nun who bravely defends Irene. With its juxtaposition of threatening male and supportive female characters, the tale seems almost a feminist allegory in which the political has become intensely personal. One of the nuns assures Irene, ""we're not totally responsible for many of the things that we do,"" thus inviting deeper questions of will and identity in this fascinating portrait of a woman asserting herself in an often oppressive and hostile world. (July)
close
Details