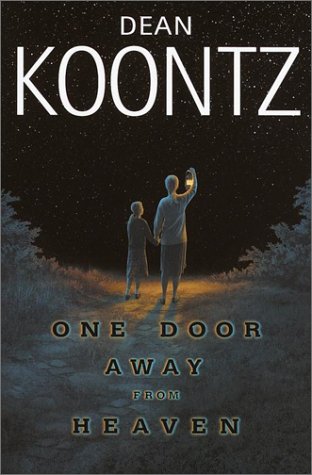 ONE DOOR AWAY FROM HEAVEN

Koontz's latest is powered by an impassioned stand against utilitarian bioethics, and it's chock-a-block with trademark characters—vulnerable kids, nurturing parental substitutes, a dog of above-average intelligence and a villain of insuperable nastiness—sure to provoke a pleasurable conditioned response from his readers. The discursive story coalesces from two converging subplots steeped in the weirdness of fringe ufology: in one, loser Michelina Bellsong struggles to save crippled nine-year-old Leilani Klonk from an evil stepdad planning to pass off her imminent disposal as a benevolent alien abduction; in the other, a strange boy who goes by the alias Curtis Hammond is the quarry of two cross-country manhunts, one led by the FBI and the other by mass murderers who, like the messianic Curtis, may not be what they seem. En route to a pyrotechnic finale in rural Idaho, Koontz shoots bull's-eyes at target issues that shape his theme, including assisted suicide, substance abuse, the irresponsibility of the counterculture and the goofiness of true-believer ET enthusiasts. Koontz's once form-fitting style has gotten baggy of late, however, and readers may find themselves wishing he had better filtered the flights of fancy his characters sometimes indulge at chapter length. For all that, the novel is surprisingly focused on its inspirational message—"we are the instruments of one another's salvation and only by the hope that we give to others do we lift ourselves out of the darkness into light"—and conveys it with such conviction that only the most critical will demur.