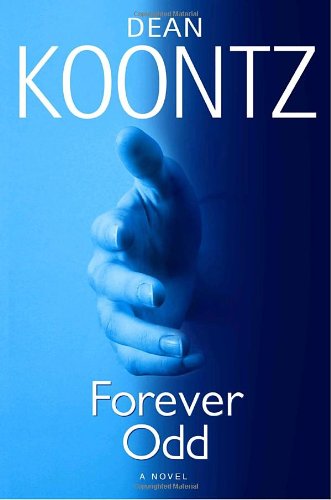 Besides having an unusual moniker, 21-year-old Odd Thomas (whom readers first met in Koontz's 2003 novel of the same name) has some very unusual powers, chief among them his ability to see the dead. He can see, feel and talk to them, too (though they don't talk back: "Perhaps they know things about death that the living are not permitted to learn from them"). These days Odd is still hosting the ghost of a morose Elvis Presley, still grieving for his dead girlfriend, Stormy, and still worrying about his very fat friend P. Oswald Boone, whose cat, Terrible Chester, likes to pee on his shoes. Late one night, Odd is summoned by the ghost of Dr. Wilbur Jessup to the Jessup home, the site of a gruesome murder. Dr. Jessup is the father of Odd's best friend, Danny, who is afflicted with osteogenesis imperfecta, also known as brittle bones. Odd finds Dr. Jessup's body, but Danny is missing. Since Odd has what he describes as "psychic magnetism," he can follow an invisible mental trail, which in this case leads him to his endangered friend. After he finds Danny in a spooky, burned-out Indian casino, it is Odd who becomes the quarry. The beautiful and stunningly evil Datura, aided by two frightening minions, wants to use Odd for his supernatural abilities—and then kill him. Odd's strange gifts, coupled with his intelligence and self-effacing humor, make him one of the most quietly authoritative characters in recent popular fiction.