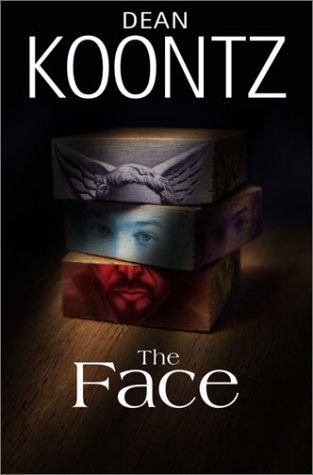 The final pages of Koontz's newest are uplifting enough to make Cain repent and Pilate weep. And there's much else in this novel to savor—and savor it readers must, because some of the book is slow going (it's also much too long). There's scarcely an author alive who, judging by his books, loves the English language more than Koontz; there's certainly no bestselling author of popular fiction who makes more use of figures of speech and whose sentences offer more musicality. That can be Koontz's weakness as well as strength, however. Koontz is also one of the great suspense authors, and when he's fashioned a particularly robust plot to carry his creative prose, as in last year's , he's an Olympian. But when he stretches a thin story line beyond resilience, the language can overcome the narrative like kudzu vines. That happens here, despite the tale's grandeur and strong lines. The eponymous Face is the world's biggest movie star; he doesn't appear in the novel, but his smart, geeky 10-year-old son, Fric, takes center stage, as does Ethan Truman, cop-turned-security chief of the Face's elaborate estate and Fric's main human protector when one Corky Laputa, who's dedicated his life to anarchy, decides to sow further disorder by kidnapping this progeny of the world's idol. Fric's secondary protector was also human, a mobster, until he recently died and became Fric's (somewhat inept) guardian angel. Most of the narrative concerns Corky's abominations and Ethan and Fric's dawning awareness, via numerous uncanny events, of the unfolding horror. Koontz's characters are memorable and his unique mix of suspense and humor absorbing; but his overwriting—e.g., a chapter of about 2,000 words to describe Corky's coverup of a murder, when a sentence or two would have sufficed—make this worthy novel less than a dream. Still, great kudos to Koontz for creating, within the strictures of popular fiction, another notable novel of ideas and of moral imperatives.