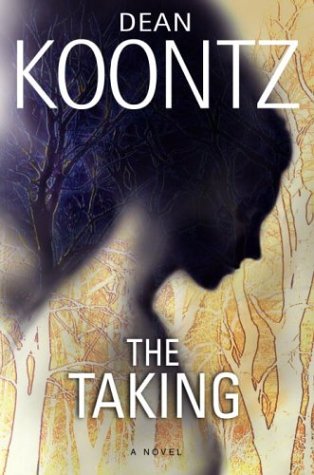 In 1975, the now defunct Laser Books issued by Aaron Wolfe, aka Koontz (who later expanded that novel into , 1994), a breakneck tale of alien invasion centered on an isolated farm. Koontz's new novel also concerns alien invasion, and a comparison of the two books offers insight into the evolution of this megaselling author's work. was mostly speed and suspense—a brilliant if superficial exercise in terror. The new novel also features abundant suspense, as a couple in an isolated California home endure a phosphorescent rain and learn that, around the world, is attacking humans and laying waste to communications. It's only when they drive to a nearby town that they learn of a global alien invasion; the tension ratchets as a weird fog descends and the aliens not only manifest physically but animate the dead. For years, however, Koontz has aimed at more than just thrills; today he is a novelist of metaphysics and moral reflection. His aliens are inherently evil as well as scary; standing against them are the human capacity for hope and the forces of goodness and innocence (here, as elsewhere, embodied in dogs), and near novel's end Koontz puts an overtly religious spin on his tale. Koontz's language has changed over the years, too, and not always for the better. While his care with words engenders admiration, his love of metaphor and alliteration can slow down the reading ("the luminous nature of the torrents that tinseled the forest and silvered the ground"). Also missing here is the wonderful humor that elevated his last novel, , and some other recent work. Koontz remains one of the most fascinating of contemporary popular novelists, and this stands as an important effort, but not his best, though its sincerity and passion can't be denied. .