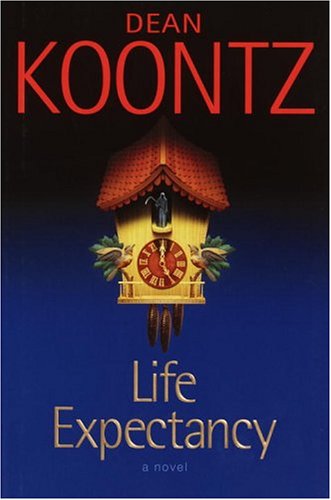 Of all bestselling authors, Koontz may be the most underestimated by the literary establishment. Book after book, year after year, this author climbs to the top of the charts. Why? His readers know: because he is a master storyteller a daring writer, and because, in his novels, he gives readers bright hope in a dark world. His new book is an examplar of his extraordinary work. Suspense is difficult to sustain; suspense that's buoyed steadily by humor, even as it deals with the most desperate of circumstances, is nearly impossible—yet Koontz manages it here. As in last year's brilliant , Koontz writes again in the first person, employing a cleaner, more instantly accessible line than in some of his other work (e.g., this year's ). His narrator is Jimmy Tock, a pastry chef in a Colorado resort town. On the day he was born, Jimmy's dying grandfather predicted five future dates that would be terrible for Jimmy; he might have mentioned, but didn't, the birth day itself, which sees a mass slaying by a bitter, deranged circus clown in the hospital where Jimmy is born. The bulk of the narrative concerns the first terrible day, about 20 years later, when the vengeful son of that clown takes Jimmy and a lovely young woman, Lorrie Hicks, hostage in the local library, with an eye toward destroying the town; Jimmy and the woman live to marry, but will they and their family survive the four subsequent terrible days? Like most of Koontz's novels, this one pits good versus evil and carries a persuasive spiritual message, about the power of love and family and the miracle of existence. As such it deals with serious, perennial themes, yet with its steady drizzle of jokes and witty repartee, it does so with a lightness of touch that few other authors can match. Koontz is a true original and this novel, one of his most unusual yet, will leave readers aglow and be a major bestseller. If the literary establishment would only catch on to him, it might be an award-winner too.