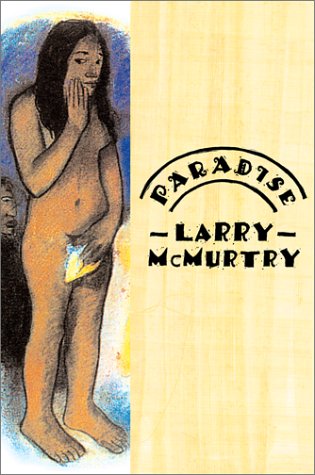 Prolific Pulitzer Prize–winning novelist, memoirist, screenplay writer and bookstore owner McMurtry (, etc.) took a 1999 cruise to "paradise"—Tahiti and the South Sea Islands—"in order to think and write about" his parents, Hazel and Jeff McMurtry. The couple "saw the sea only once" during their 43-year marriage in Archer County, Tex., about which their son writes, "Many people like Archer County, and a few people love it, but no one would be likely to think it an earthly paradise." The lush landscape of Tahiti and neighboring islands contrasts sharply with his parents' hardscrabble North Texas life. Listening "to the gentle slosh of the Pacific" in the lagoon beneath his raised bungalow, he recalls the day in 1954, as he packed to leave for college, when his mother startled him with the revelation that she had previously been married. Aboard the , he watches his shipmates ("world-class shoppers") while making occasional attempts to phone his dying mother back in Texas. He closely observes his surroundings (the Marquesas has "an end-of-the-world feel," while the Ua Pou flea market provides "a good illustration of the reach of global capitalism and its ability to turn the whole world into a species of mall"). As his odyssey ends, he wants "to turn right around and go back to Nuku Hiva." Readers of this excellent travelogue, abounding with literary references from Henry James to Kerouac, will likely return to the book often to reread their favorite passages of McMurtry's meditative prose. Map.