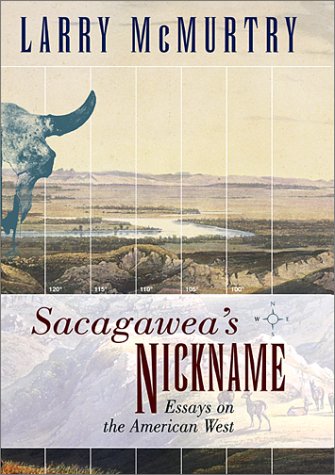 The literature and the reality of the American West collide in these 12 brilliant and wide-ranging essays, originally published in the . Pulitzer winner and bestselling novelist McMurtry (; etc.) rhapsodizes over an impressively eclectic array of subjects and styles, from his poetic-historical meditation on the Missouri River to his determined but sympathetic deconstruction of Western mythology. Two of the best essays focus on the Lewis and Clark expedition; after reading the pioneering duo's newly published journals, McMurtry pronounces their adventure "the first American epic." Two other essays directly confront the almost uniformly tragic experience of Native Americans in the West; in "Zuni Tunes," McMurtry devastatingly critiques the impact that anthropologists—"bloodsucking leeches"—have had on the famously unique Arizona tribe. Perhaps the most amusing piece is "Pulpmaster," a bemused ode to western pulp novelists like Zane Grey, whose prodigious output McMurtry ascribes to a kind of obsessive-compulsive disorder: "The sufferers can't really write well, but they can't stop writing, either." Each of these essays is sharp, intelligent, sincere and winkingly funny—in other words, vintage McMurtry. With penetrating wit he notes that Custer's death was "his most glorious career move." For fascinating characters, there is We'wha, the male Zuni transvestite who met President Grover Cleveland in 1885 and became the "hit of the social season." Not every piece succeeds perfectly, of course: McMurtry's musings on water use in the West are (unsurprisingly) somewhat dry, while his loving, elegiac essay about the forgotten writer Janet Lewis feels like an orphan from another book. Overall, however, this collection is a fine performance from a man who, excepting perhaps Cormac McCarthy, is our most talented and important chronicler of the West.