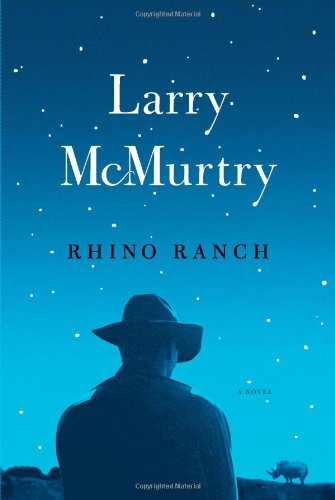 McMurtry ends the west Texas saga of Duane Moore, begun in 1966 with , with a top-shelf blend of wit and insight, sharply defined characters and to-the-point prose. Duane, now in his late 60s, is a prosperous and retired widower, lonely in his hometown of Thalia, Tex. Then billionaire heiress K.K. Slater moves in and opens the Rhino Ranch, a sanctuary intended to rescue the nearly extinct African black rhinoceros. Slater is a strong-willed, independent woman whose mere presence upsets parochial Thalia, and Duane can’t quite figure her out. His two best buddies, Boyd Cotton and Bobby Lee Baxter, both work for Slater, and the three friends schmooze with the rich, talk about geezer sex, rat out local meth heads and try to keep track of a herd of rhinos. Mixed in with the humor and snappy dialogue are tender and poignant scenes as the women in Duane’s life die or drift away, and Duane befriends a rhino and realizes that his life has lost its purpose. Nobody depicts the complexities of smalltown Texas life and the frailties of human relationships better than McMurtry.