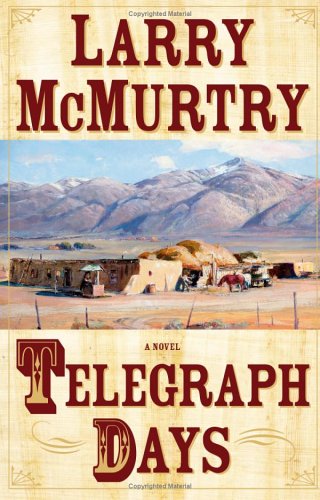 McMurtry's latest skips through western lore with a wry smile. Marie Antoinette "Nellie" Courtright and her brother, Jackson, bereft of family after their Virginia clan dies off one by one, arrive in Rita Blanca in 1876, in what would become the Oklahoma Panhandle, to remake themselves. Jackson is made a deputy sheriff and Nellie takes over the telegraph office. In short order, Jackson shoots down an entire gang of outlaws, and Nellie promptly writes it up to launch a lucrative literary career. Other adventures await: she becomes manager of Buffalo Bill's Wild West Show, boldly faces down Jesse James's attempt to rob her and witnesses the gunfight at the O.K. Corral. She becomes mayor of Rita Blanca, a mother of six and, later, friends with Lillian Gish and William B. Mayer. Beautiful and sexually insatiable, Nellie is a witty, sophisticated, accomplished, cunning, impudent and highly improbable woman—more than a match for any man she meets, which isn't saying much, since they're all idiots. She also is little more than a reworking of several previous McMurtry heroines, especially Tasmin. This tale is contrived, episodic and lacks cohesion, and its constant comedy is self-conscious. But most readers won't be able to help cracking a smile over McMurtry's 38th book, as purposely over-the-top as an episode of .