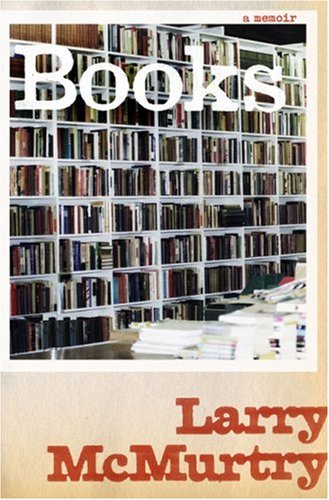 McMurtry ( ) calls this “a book about my life with books.” He begins with his Texas childhood in an isolated, “totally bookless” ranch house. His life changed in 1942 when a cousin, off to enlist, gave McMurtry a box of 19 adventure books, initiating what eventually became his personal library of 28,000 books. “Forming that library, and reading it, is surely one of the principal achievements of my life,” he writes, deftly interweaving book-collecting memories with autobiographical milestones. When his family moved to Archer City, Tex., he found more books, plus magazines, films and comic books. In Houston, attending Rice, he explored the 600,000 volumes in the “wonderful open-stack Fondren Library... heaven!” In 1971, after years of collecting, he opened his own bookstore, Booked Up, in Georgetown, Tex., relocating in 1996 to Archer City, where he created a “book town” by filling five buildings with 300,000 books. McMurtry offers opinions on everything from bookplates and audiobooks to the cyber revolution and 1950s paperbacks: “Paperback covers, many very sexy, were the advance guard of the rapid breakdown of sexual restraint among the middle classes almost everywhere.” While there are anecdotes about bookshops and crafty dealers, McMurtry is at his best when he uses his considerable skills as a writer to recreate moments from his personal past.