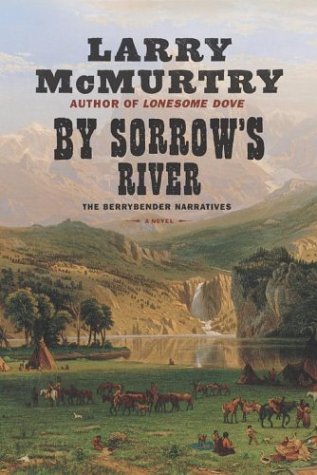 In this third volume of McMurtry's Berrybender Narratives, Lord Berrybender and his obnoxious, sniveling brood are, surprisingly, still alive on the dangerous Great Plains of Wyoming and Colorado. The wry story of mountainman adventure and European stupidity, set in the 1830s, is just as wacky and gruesome as its predecessors, and . Lord Berrybender is a pompous, lecherous, drunken, one-legged English aristocrat on a hunting expedition in the shadow of the Rocky Mountains. Surrounded by his four willful and opinionated daughters, inept servants and a haughty mistress, he is protected by an accompanying group of unwashed mountainmen and trappers. His eldest daughter, the vulgar and loudmouthed Tasmin, is married to Indian fighter Jim Snow, aka Sin Killer, and their marital relations are anything but blissful. In this installment, the hunting party slowly travels from its winter camp in the north, southward toward Santa Fe, on a journey filled with seduction, infidelity, short tempers, heat, thirst, Indian attacks and ever more lusty copulation. The sudden and unlikely arrival of two European journalists in a hot air balloon brings more tragic comedy to the prairie soap opera; other irritants include a smallpox epidemic, a mysterious Indian who cuts off the ears of sleeping white men and a murderously insane Mexican army captain. McMurtry's Europeans are all idiots, while the Indians and mountainmen, including Kit Carson, Tom Fitzpatrick and Hugh Glass, are portrayed as honorable men. The Berrybender clan is so annoying one wishes they would all be massacred by the Indians, but enough of them survive to ensure there will be plenty of Berrybenders to kill off in the next installment. One can only hope.