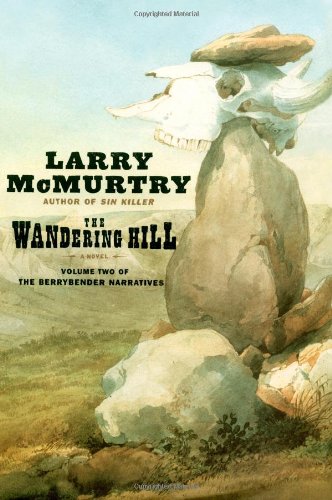 This is the second volume in McMurtry's four-book series the Berrybender Narratives, following last year's . Set in 1833 along the banks of the Yellowstone River, the comedic melodrama mixes unwashed mountain men with an arrogant, obnoxious and uncouth family of English aristocrats in a saga of high violence, low morals and lusty copulation. Lord Berrybender and his brood of selfish bumbling children, servants and mistress are touring the American West, shooting every animal in sight. The lord is a one-legged, drunken satyr who cares only for his own pleasure, and pokes his son's eye out with a fork. The rest of the family is just as self-centered and irresponsible. Eldest daughter Tasmin, a vulgar, opinionated woman, is married to enigmatic mountain man Jim Snow, known as the Sin Killer for his fervent brutality in the punishment of sin (not his own, of course). He cannot understand why Tasmin willfully refuses to be more like his two Indian wives, silent, obedient and submissive. Still, their love is passionate and so are their fistfights. The English group and a bunch of smelly, hairy mountain men winter over at a trading post through months of quarrels, meanness and downright coarse behavior, while marauding Sioux under the command of a white man–hating war chief called the Partezon gruesomely torture and slaughter any white they can catch. McMurtry tosses in famous hunters and mountain men like Hugh Glass, Kit Carson and Tom Fitzpatrick, plus a buffalo stampede, grizzly bears and an Indian ambush, but these are just props to support the soap-opera antics of the Berrybender clan. A few folks manage to get themselves killed, but there are plenty of annoying Englishmen left to people the next two volumes.