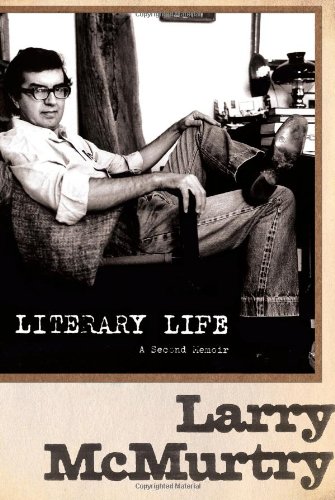 In this, the second of three planned memoirs, McMurtry takes a laconic look back over a life in letters that now includes some 40 books and an equal number of screenplays. Best known for the popular movies made from his novels, including and , McMurtry also co-wrote the screenplay for and served two terms as the president of American PEN. This makes for a lot of literary living, and McMurtry reminisces about interactions with such luminaries as Norman Mailer, Susan Sontag, and John Updike, as well as lesser-known figures like Michael Korda and Grover Lewis. Throughout his career, McMurtry has mostly written about his native Texas and the American West, and the early chapters provide a fascinating look into the artistic development of smalltown boy into writer during the 1950s and 1960s. Further on, the book declines into a series of hit-and-miss literary anecdotes, with McMurtry's side business as a bookseller providing many of the highlights. McMurtry's understated style is charming and deceptively sophisticated, although at times it is so laconic as to lack a pulse. Still, the old master proves entertaining.