Daniel Saldaña París, translated from the Spanish by Lizzie Davis |

Let’s forget, for a moment, about Gárcia Márquez, Vargas Llosa, and other names that inevitably show up on lists of this kind. I’ve always believed that every writer—every reader, too—should be honest with himself in choosing his “essential books,” deciding what novels speak to him most intimately. Sometimes this exercise transcends personal taste, and those books find a collective resonance.

New English translations of some books from the Spanish-speaking world oblige readers to rediscover a continent. Anyone who encounters these ten titles will find one possible map for navigating the seas of literature written in Spanish. One warning: no one returns from this journey unscathed.

1. The Musical Brain and Other Stories by César Aira, trans. by Chris Andrews (New Directions, 2015)

César Aira’s books are, without exception, among the most enjoyable works to come out of any language recently. Reading Aira, one experiences a twofold fascination: that of following the outrageous turns in the plot, and that of observing a strange and perfect machine in motion. There are no gratuitous descriptions here, nor are there linguistic diversions that don’t reveal something fundamental about the author’s richly detailed, imagined world. Aira’s stories pave the way for the art of the twenty-first-century narrative. This classic of Mexican literature, whose English counterpart has been out of print for years, is in dire need of a reissue. (Of course, the translation of many other female writers from Latin America, relegated to oblivion in favor of their male peers, is also dire.) In The Empty Book, we meet José Garcia, a bland and predictable accountant who decides to break his petit-bourgeoisie routine by writing a book. José García can’t write the book, but he can’t stop writing it either, and little by little, in an intimate and tentative tone, the details of an unheroic life come to light. An intensely modern and intelligent novel. This year's release of Antonio Di Benedetto’s masterpiece is a literary event of great importance, and it puts an end to an unjust historical neglect. Originally published in 1956, Zama tells the story of Don Diego de Zama, a functionary of the Spanish crown in the eighteenth century. Zama has been posted to a remote town in Paraguay, but he lives longing for a transfer to the very desirable and cosmopolitan city of Buenos Aires. Hope is the central theme of the book, but it’s also what sets the protagonist’s slow decline in motion. Recounted with rhythmic prose and an impressive precision. To call The Art of Flight autobiography, essay, or memoir is an understatement. Life, fiction, memories, and readings intertwine in this book with astonishing ease, and the result is a volume that reads like a novel. Rome, Barcelona, Moscow, Prague, Warsaw, and Chiapas are just a few of the territories explored. Sergio Pitol is one of the great Spanish-speaking authors from recent history, mentor and model for many writers from Spain and Latin America. This book is an excellent introduction to the Pitolian universe. The young Doctor Real is the psychiatrist tasked with moving a group of five psychiatric patients from the city of Santa Fe to the outskirts of Buenos Aires in 1804. This pilgrimage turns into an unanticipated hell in the Argentine pampas, with lucid reflections on the treatment of insanity. In the manner of Cervantes, Saer envelops this story in several layers of fiction, taking us to present-day Paris, where a Latin American comes across the transcription of Doctor Real’s story. A true tour de force for the Argentinian narrative. 6. The Youngest Doll by Rosario Ferré, trans. by the author (University of Nebraska Press, 2014)

The stories of Puerto Rican Rosario Ferré are unsettling, disturbing. Each one explores language in a different way, in a tradition of the Latin American short story passed on from Horacio Quiroga, Julio Cortázar, or Amparo Dávila (another vital Mexican writer awaiting an American publisher). On top of that, The Youngest Doll examines the sexism and social inequalities of Puerto Rico using language that’s sumptuous but precise, splintering the clichés of magical realism by way of critical intelligence. Ferré herself translated the book into English while she was living in the United States. Vila-Matas has created a world of his own, which reappears—transformed, recolored—in the majority of his novels. References to literary history are frequent in his work, and Dublinesque is no exception. Samuel Riba has stopped doing the two things that gave his life substance and meaning: editing books and drinking alcohol. In view of this, he embarks on a trip to the city of Dublin, lured by the ghost of Joyce and by a series of coincidences. This novel is an excellent point of entry to the vast and singular world that is Vila-Matas’s body of work. 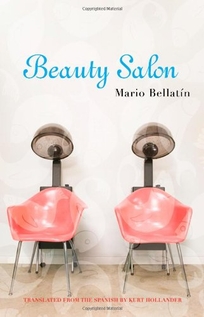 Mario Bellatin is one of the most interesting writers working in Latin America right now. His writing is an offshoot of contemporary art, but also a marvel of the imagination and an inexhaustible wellspring of eccentricities. Though it’s difficult to choose just one book from his extensive bibliography, Beauty Salon may be his masterpiece. The owner of a defunct beauty salon receives men afflicted with a fatal disease and accompanies them on their passage toward death. Simultaneously, he develops an interest in aquarium fish. With this as his point of departure, Bellatin deploys a parable about death and beauty that won’t leave a single reader unmoved. I already know: The Savage Detectives or 2666. Those are the Bolaño books that almost anyone would put on a list of this kind. But it’s the Bolaño of short novels, like this one, that has always interested me most. In Distant Star, a poet and a Chilean military pilot bring poetic experimentation to the threshold of horror, putting murder at the center of their aesthetic interests. The force of this book, its ethical implications, its way of obliquely addressing history: it’s Bolaño in his purest form, without ornament or excess. 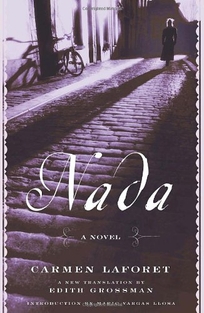 The oppressive, Catholic environment of the Franco regime is portrayed in this novel as in no other book from post-war Spain. Laforet published Nada in 1945, when she was only twenty-three years old, and it became an instant classic. The book tells the story of Andrea, a young girl who arrives in Barcelona to live with a group of relatives who spend all day scheming to make one another unhappy. The finesse in the construction of the characters, the descriptions of the settings—dark, dusty—and the distinct and lucid voice of the narrator make the reading of this book an experience that will stay present in the mind for years to come.