Laurie Frankel's heartwarming and hilarious new novel, This Is How It Always Is, is about the large, rambunctious Walsh-Adams family. The family's fifth boy, Claude, is quirky and clever, traits that run in the family, and at age three says, "I want to be a girl." Frankel, the parent of a transgirl (the subject of Frankel's New York Times' "Modern Love" column, which you can read here), selects 10 of her favorite books for parents of transgender children.

Most kids are not transgender. But most kids are gender nonconforming in some way—they are girls who prefer tree houses to doll houses, say—and as I realized when I was wrestling with the title, all kids are nonconforming somehow. In fact, I’d venture to say everyone fails to conform sometimes and that that’s a good thing. Truthfully, this list could have been, “Ten Essential Shakespeare Plays for Parents of Transgender Children,” but I spared you and picked one. Twelfth Night is all about gender and identity and what happens when a male actor playing a woman playing a man wooing a woman on behalf of a man turns out to have an identical twin of both the same and opposite sex. And perhaps more to the point, it questions who we are and to whom we are attracted when our inside and our outside aren’t aligned, aren’t known, and aren’t real. Plus, when it’s staged well, it reveals another important truth: gender is fun! 2. Becoming Nicole: The Transformation of an American Family by Amy Ellis Nutt

Speaking of twins, this book tells the story of a family with identical twins boys, one of whom realizes she’s actually a girl around age two. Nutt is a Pulitzer Prize-winning journalist and a great writer who widens the story of that girl’s transition into her whole family’s transition. It’s also a legal thriller. And a political coming-of-age drama. And an exploration of the science of being transgender. But really it’s a book about what it means to love your family unconditionally and how you deal with what shows up. 3. Redefining Realness: My Path to Womanhood, Identity, Love, and So Much More by Janet Mock

What I love about Mock’s memoir is how vast it is. It’s about being transgender. But it’s also about being a woman of color. It’s also about race, gender, and class in America. It’s also about life as an activist and identity politics and being young and in love and finding your way. And as if that weren’t enough, it’s warm and compelling and indeed feels, above all, real. 4. Stuck in the Middle with You: A Memoir of Parenting in Three Genders by Jennifer Finney Boylan

Boylan has three memoirs (and some novels, some short stories, many essays), and I was torn about which one to pick. This one, her latest, tells what happens as scars from surgery and a lifetime of being someone you’re not start to fade, and you’re left instead with normal life: spouse, kids, work, community. This is a less-oft-told but hugely important part of the transition story. The book also features interviews with lots of other wonderful writers. 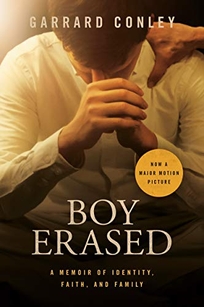 I cried through a good bit of this one. Conley’s memoir tells about his time in Christian ex-gay conversion therapy. It is horrifying and hauntingly written on the trauma of the therapy itself but also his relationship with his family and his own sexuality and identity. I’ve put it on this list, though Conley is gay, not trans, because while ex-gay conversion therapy has come, thankfully, to be nearly universally considered abusive in practice, offensive in conception, and relegated to the fringes, ex-trans conversion therapy remains fairly standard practice, if not necessarily under that banner. We should all be appalled, angry, and above all vigilant. 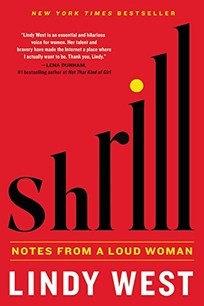 6. Shrill: Notes from a Loud Woman by Lindy West

It is absurd that Lindy West and I don’t have coffee together once a week since I both share a city with and adore her, but we’ve never met. She is (at least) three F’s: funny, fat (her word), and a feminist. Shrill is an essay collection about, among other things, the latter two suffused with the first. These are smart, insightful, critical essays about having a body, a brain, a mouth, and an opinion whilst being female in our culture, and they are both groundbreaking and hysterical, so my experience of reading them was simultaneous horror and delight, horror because the world is a cruel and dangerous place to be female, delight because West’s writing is smart, funny, and demanding in the very best way. 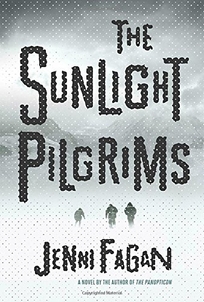 7. The Sunlight Pilgrims by Jenni Fagan

On the one hand, this is a post-apocalyptic novel about climate change and what happens when the temperature drops right to the bottom edge of what humans can endure. On the other, it’s gorgeously written character-driven fiction about said humans as they bond together to face cold, dark days. One of these humans is an articulate, insightful gender nonconforming 12-year-old, but her gender identity is only one aspect of her, one aspect of the book, and not the main one of either. Her being transgender isn’t the story; it’s just one part of a wide, complex life and community, as it should be. Sometimes I forget that the narrator at the heart of this Pulitzer Prize-winning, multigenerational, immigrant epic is intersex, and sometimes that seems the whole point. Sometimes I’m reading a novel about three generations of a sprawling Greek family, and other times it’s the grandchild-narrator’s coming-of-age story, an exploration of family, identity, sex, love, and life in between. It is, as good luck would have it, all of the above. 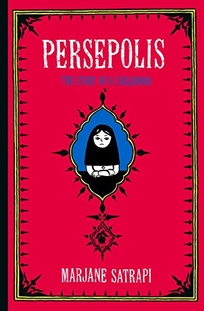 Because telling your life story isn’t hard enough, Satrapi tells it and draws it, as well. Her graphic memoir about her childhood in Iran is the story of defying society’s expectations to her great peril and the way her parents go about supporting her anyway. In her case, danger comes not from being trans but from being outspoken, female, intelligent, educated, aspirational, and the child of Marxist progressives during the Iranian Islamic Revolution and the war with Iraq. It is beautiful, bold, very different than being or having a transgender child, and also very the same. 10. The Transgender Child: A Handbook for Families and Professionals by Stephanie A. Brill and Rachel Pepper

This book is my go-to recommendation for anyone with a child who is trans, might be trans, might be gender nonconforming. It’s my recommendation for teachers, therapists, counselors, social workers, health or legal professionals, and anyone else who works with kids, some of whom are sure to be gender nonconforming. It’s my recommendation for anyone who’s confused or curious about where all these trans kids came from all of a sudden or whether a three-year-old is really old enough to know anything about gender identity or what’s with the bathrooms or how trans is different than gay or where we all go from here. This book is an introduction, an overview, a culture-guide, a fear-allayer, a parent-empowerer, and an escort through the transgender woods.