The interconnected stories in Knight's exquisitely crafted collection Eveningland explore the lives of characters living in and around Mobile, Ala., in the years preceding the destruction wrought by a fictional hurricane. Funny, wise, and heartfelt, the stories stand on their own, but also add up to a stunning whole. Here are Knight's picks for 10 interlinked short story collections.

Here’s what I love about short stories: A good one a takes a novel’s worth of emotional complexity, strips away all the fat, and compresses what’s left into a much more confined space, which can make for a reading experience that’s hard to match in terms of its intensity. The impact of a novel, on the other hand, even a great novel, is almost always more diffuse. That’s not a bad thing. I’m not making the claim that one form is better or more meaningful than the other. I sympathize with those readers who prefer to lose themselves in a work of fiction for a longer haul, who prefer cumulative power to suddenness of effect. I’m one of those readers myself some days.

Maybe that’s why I have long been a particularly avid fan of story cycles or collections of linked stories or novels-in-stories—call them by whatever name you like—those books comprised of individual stand-alone short stories, with all the intensity that the form entails, but featuring recurring characters and settings and themes in such a way that the book achieves a kind of aggregate, novelistic force, a collection, in other words, that adds up to something even more potent than the power of its component parts.

I bungled onto the form by accident my junior year of high school. We’d been instructed to select an American writer as the subject of the first real research paper any of us would write. I wanted to choose F. Scott Fitzgerald or J. D. Salinger but was home sick the day selections were made and when I returned to school, the teacher told me too many people had already picked Fitzgerald and Salinger. Try Sherwood Anderson, she said. Nobody picked Sherwood Anderson, she said. I think you’ll like Winesburg, Ohio, she said. And she was right. I was knocked out by his portrait of this small town and the unforgettable inner lives of its citizens, particularly George Willard, the aspiring young writer who wants out of the very place that was seeping into my imagination with each story that I read. That same year, the class read Hemingway’s “Big Two-Hearted River” and afterwards, that same teacher loaned me her copy of In Our Time, a collection united by the character of Nick Adams, who appears in several stories, and the haunting WWI vignettes between each longer piece. With bottomless thanks to my teacher, Nancy Strachan, and with all due deference to those two excellent books, however, I’m going to concentrate the following top ten list on collections of linked stories by more contemporary writers, living writers, writers who have helped renovate the form I know and love today. 1. The Beggar Maid by Alice Munro

What makes these stories about shy Rose and her rough-around-the-edges stepmother, Flo, so memorable is the complexity of the relationship at the heart of the book and of course, Munro herself. Even this early in her career, her singular vision is on display, her insight, her moxie. Inimitable. Is there a better writer of short fiction alive right now? Probably not. Has there ever been? Hard to say. Notable Story: “Royal Beatings.” 2. The Things They Carried by Tim O'Brien

A masterpiece of Vietnam fiction and arguably the most insightful meditation on storytelling ever written. The Things They Carried loops around the experiences of a platoon of American infantrymen, on the battlefield and off, before the war and after. Despite its sly circling of the literal “truth” of those experiences, this book is wholly sincere at its heart and ultimately as true as they come. Notable Story: “On the Rainy River.” 3. Music of the Swamp by Lewis Nordan

Sugar Macklin is quite possibly the sweetest and most interesting kid ever cooked up by a southern writer—by any writer anywhere, for that matter. The problem is his old man is a mess and his parents’ marriage is in trouble, but Sugar makes an ideal guide to his strange patch of the Mississippi Delta. His effort to understand the adults in his life conjures as rich and imaginative a reading experience as you will find. Notable Story: “Porpoises and Romance.” Retired school teacher Olive Kitteridge is the axis around which the other complicated humans in the town of Crosby, Maine, revolve in this collection. She’s not always the protagonist but she’s always a powerful, unforgettable presence. Notable Story: “A Little Burst.” Narrated by a young herion addict, these stories are not for the faint of heart. They are, however, utterly human, often startlingly funny and remarkably beautiful, thanks to Johnson’s stripped down, incantatory prose. Reading this collection feels a little like holding a stick of dynamite in your hand. Notable Story: “Emergency.” 6. A Good Scent from a Strange Mountain by Robert Olen Butler

The legacy of the Vietnam War reimagined through the eyes of expat Vietnamese residents of the coastal south. It's a near miracle how thoroughly Butler is able to imagine his way into these peoples’ histories and their inner lives. Notable Story: “Fairy Tale.” 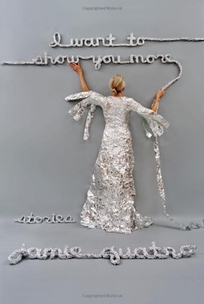 7. I Want to Show You More by Jamie Quatro

Jocelyn, a thirty-something wife and mother who appears in several stories, is in love with another man. Think you’ve read that book before? Well, in this version, in one of these stories, the corpse of that other man shares her marriage bed. Quatro delves about as deep as you can go into the themes of sexuality and religion, and she has an uncanny knack for sliding between the magical and the real. Sexy, funny, strange. A doozy wall to wall. Notable story: “Decomposition: A Guide for Promiscuous Housewives.” 8. A Visit from the Good Squad by Jennifer Egan

Told in a staggering array of styles and tones, set across decades and in far flung locales, these stories are held together by passion for music and the lives of Bennie Salazar, a record executive and former punk rocker, and Sasha, the young woman he employs. Notable Story: “Great Rock n Roll Pauses.” I’m not sure this one was billed as a “linked” collection, but it’s here, in several stories, that we first meet Yunior and his family, characters Diaz has returned to with such brilliance in subsequent work. Yunior or not, these stories are bound together by community, swinging from the barrios of the Dominican Republic to the Dominican neighborhoods of urban New Jersey. Trademark Diaz bare-knuckled candor and face-melting heat in the prose. Notable Story: “Fiesta, 1980.” While passing through a small Louisiana town, the owner of a traveling carnival dies, leaving his troupe stranded . . . and they decide hang around indefinitely. The stories are about dead psychics, deranged lion tamers, circus freaks. They’re also about fathers and sons, husbands and wives, recognizable humans in recognizable sorts of human pain. Notable Story: “Son of Gilberto Writes Letter to Wife.”