It has been said, I forget by whom, that my home state of Mississippi has given birth to more writers per capita than any other state in the country. While folks from my neck of the woods have been known to exaggerate, it is a truth universally acknowledged that the South has produced several towering figures of American literature, many of whom we know by their last names: Faulkner, Wright, Welty, O’Connor, Hannah, and on and on. I didn’t fully appreciate this rich literary tradition until I left home for graduate school in the Midwest. Only then did my homesickness lead me back to these authors, which, in turn, pointed me to other Southern writers whose books I found to be every bit as compelling and as haunting as their larger-than-life forbears, but, for whatever reason, haven’t received the same amount of attention. The following is a list of 10 vital, and quintessentially Southern, titles that deserve to sit on the shelf alongside the classics. The unforgettable story of two serial killers who meet in The Big Easy, fall in love (or, um, bloodlust) with each other, and wreak havoc on the lives of gay men, Brite’s subversive cult classic might prove too bloody and gruesome for some readers, but fans of Dennis Cooper and Carson McCullers (at her most grotesque) will appreciate the way Brite conjures up this visceral tale of cannibals, shock jocks, and queer nihilism at the height of the AIDS crisis. 2. A Visitation of Spirits by Randall Kenan

Kenan’s novel is a haunting meditation on religion and place, loosely retelling Dickens’s A Christmas Tale, set in Tim’s Creek, North Carolina. During a demon-filled night in spring, young Horace Cross must confront his own burgeoning same-sex desires by revisiting pivotal moments in his spiritual and sexual development. Peppered throughout the narrative are other voices of Tim’s Creek, most notably Reverend Jimmy Green, whose interactions with Horace force him to question the community that produced closeted men like Horace and himself. A riveting narrative, told with original prose and inventive structuring, this novel is nothing short of a masterpiece and almost always finds its way onto my syllabi for courses in queer and Southern literatures. 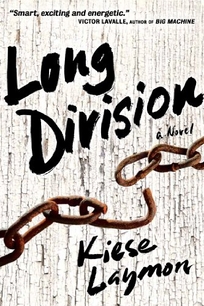 Laymon’s extraordinary debut novel is a tale of two Cities—two boys named City, that is, who live in Mississippi at different times. The story opens in present-day Jackson with the first City (short for Citoyen) as he gears up to compete in the national televised competition, "Can You Use That Word in a Sentence," with his rival, LaVander Peeler. City discovers a book, titled Long Division, that appears to be narrated by another City from the 1980s. From there, the novel becomes a wild adventure story involving time travel, as well as a bold exploration of Mississippi’s racist legacies and how the effects of segregation and slavery continue to hold consequence for our narrators and the places they call home. (Also, dear reader, remember Kiese Laymon’s name: later this year, his memoir, Heavy, will be published by Scribner and promises to light the world on fire.) 4. Final Vinyl Days: and Other Stories by Jill McCorkle

A reviewer once called McCorkle “our contemporary Eudora Welty,” and in this collection of nine darkly funny stories, you will find this statement was not hyperbole. Like Welty, McCorkle is a master of voice. In this collection, she depicts women trying to make the best of bad situations: whether they’re out of work, out of luck, or out of love, her characters read like the real-life inspirations of country music songs penned by Rosanne Cash or Mary Chapin Carpenter. “Your Husband Is Cheating on Us,” perhaps the best story in the collection, is a dramatic monologue told from the perspective of the other woman to her lover’s wife. What deepens this scenario into a true feat of imagination is how McCorkle imbues the prose with enough humor and pathos so that when you finish this woman’s wild yawp, you will be both delighted and devastated. (Note: reading McCorkle is lovely, but hearing McCorkle read her work is a true experience for the ages—I’ve been blessed to attend two readings of hers, and each time, I’ve laughed and cried, often at the same time. If she ever happens by a bookstore or university near you, go.) 5. Sugar Among the Freaks by Lewis Nordan

Perhaps more well-known for his novels, Wolf Whistle and Music from the Swamp, Nordan’s short fiction has delighted me for years, and his collected work, Sugar Among the Freaks, brings together his best work from Welcome to the Arrow-Catcher Fair and The All-Girl Football Team. Quirky and bizarre, this collection includes many of his stories that feature the titular Sugar as he bumbles his way through childhood and adolescence in the Mississippi Delta. It also features Nordan’s exquisitely rendered “The All-Girl Football Team,” which recounts what happens one night at a small-town high school when the cheerleaders don pads and helmets and take to the gridiron and the varsity jocks put on short skirts and earnestly shake pom-poms—a raucously funny story that also investigates the subtle (and not-so-subtle) ways we are allowed to and prohibited from transgressing traditional gender roles. Published in 1950, almost 20years before the Stonewall Inn riots, The Bitterweed Path charts the erotically-charged bond between two boys separated by class in turn-of-the-century Vicksburg. Phillips’s groundbreaking novel takes inspiration from the story of David and Jonathan in the Old Testament and delicately depicts a love triangle that develops between the two boys and one of their fathers. The book spent over 40 years out of print until the University of North Carolina Press republished it in 1996, with a loving introduction by the scholar John Howard, who says that, with this novel, “we can speculate about loves, liaisons, meetings, unions, and emotional ties of various sorts between men—rural men, farmers, and white Southerners—who have yet to fully emerge from the historical record of the postbellum era.” Lizzie Dunbar, the privileged daughter of the governor of Mississippi, bucks against tradition and founds a newspaper for women in the 1920s. As with the best of Southern literature, the titular heroine’s story is only the half of it, as the ambitious novel evolves into a rich tapestry of voices, including the likes of authors Faulkner and Tennessee Williams, not to mention memorable narrations by a horse and a tree. 8. The Celestial Jukebox by Cynthia Shearer

Former Rowan Oak curator Shearer’s intricately-woven sophomore novel takes place in the fictional Delta town of Madagascar and is inhabited by a diverse cast of characters, including Angus, the second-generation Chinese owner of The Celestial Grocery. Filled with resplendent, almost magical prose, the novel is less concerned with plot and more interested in accruing a playlist of unforgettable voices. 9. Where the Line Bleeds by Jesmyn Ward

Jesmyn Ward is both well-known in literary circles and a mainstay on bestseller lists, and for good reason: she is producing indelible art that vividly captures the voices and lives of African-Americans in and around the Mississippi Gulf Coast, rendered in language that is both lush and visionary. Her debut novel, however, received less attention than her later work has, which—as a Ward completist—I find appalling. As with Sing, Unburied, Sing and Salvage the Bones, Where the Line Bleeds is set in post-Katrina Bois Sauvage, MS, and follows twin brothers, Joshua and Christophe, during a pivotal summer in their lives after they graduate from high school. What marks this novel as truly singular, though, is Ward’s attention to place, which she demonstrates in all of her work, but in the pages of this particular book, Wolf River becomes another character  altogether—and as someone who grew up in front of a river, I continue to marvel at how Ward so accurately depicts the way our geographies can affect how we see ourselves and the bodies we inhabit. This gorgeous collection highlights the lives of Mississippians at home and abroad. The title story centers on two childhood friends, a man and woman, who reconnect over dinner while the man’s family is away on vacation. As they reminisce, the past is, at first, given a nostalgic gloss, which slowly rubs away as the two delve deeper into their histories. Such is the theme that connects the stories found here: the shiny “veneer” we give our troubled pasts in order to live with them.