10 Story Collections by Women You Should Read Right Now

In Better Times, Sara Batkie's stellar debut collection, a girl in a home for “troubled women” imagines the first dog in space; a phantom breast haunts a woman after her mastectomy; a woman gives birth to eggs; a piece of Alaska splits off into the ocean, and nine townspeople forced to live on an ice floe grapple with their uncertain future. Batkie picks some of her favorite collections by women.

It’s long been my belief that if doorstopper novels are the presumed domain of male writers then it’s time to claim the short story as women’s. I fell in love with them in college, when I read Grace Paley and Flannery O’Connor for the first time, and started writing my own in grad school. I was attracted to the meticulousness and mercilessness it took to craft them, and the discipline and patience they require provided a comprehensive education in the tools it takes to make all great fiction. And while there are certainly male practioners of the form that I admire, it’s hard to deny that many of the giants that loom over it now are women: Jhumpa Lahiri, Alice Munro, Lorrie Moore, Z.Z. Packer. And recent years have brought lauded debuts from the likes of Jenny Zhang, Mia Alvar, and Lesley Nneka Arimah. Here are some of my favorite under-the-radar collections by women that deserve your attention too. Stephanie Vaughn falls into that fabulously amorphous category of a “writer’s writer.” Beloved by such greats as Tobias Wolff and Tea Obreht, who both selected stories of hers to read for the New Yorker Fiction podcast, she remains an elusive, almost mythic figure, perhaps because, 30-ish years on, this is still her only book. The stories that center on the character Gemma form the spine of the collection and Vaughn’s intimate sketches of her and her military base-bound family impart the same bittersweet nostalgia as lingering over an old photo album. Complex yet concise with sentences polished to gleam, each story beats palpably with a vivid and untamed heart. You’ll come away feeling like you’ve gotten to know living, breathing people. 2. Between My Father and the King by Janet Frame

I first became familiar with New Zealand author Janet Frame through Jane Campion’s exquisitely sad biopic An Angel at My Table, but she is much more than the tragic history of forced institutionalization and medical mistreatment she’s infamous for. Many of the stories gathered here were written by Frame in the '50s but went unpublished during her lifetime (she died in 2004). It’s easy to see why her mind might have once been deemed dangerous; her work is dark and unsparing, often written from a perspective that feels stunted, not entirely childlike but not quite adult either. Frame’s stories exist in liminal spaces, which doesn’t always make for comforting reading. But as this collection proves, that only makes her unique voice more indispensable. 3. Break Any Woman Down by Dana Johnson

One thing all short story writers struggle with is variance in voice. This collection from Dana Johnson provides a master class in making narrative leaps among genders, races, ages, and socioeconomic backgrounds while maintaining authenticity. Both vibrant and steely, the characters here all inhabit the greater Los Angeles area but their experiences have no borders. There’s the black lap dancer who gives up her job for her Greek boyfriend who, unbeknownst to her, has been working as a porn actor. And the middle-aged Iranian sisters questioning if there’s still children in their futures. Best of all is Avery, the South Central schoolgirl newly transplanted to the suburbs, a character who later featured in Johnson’s novel Elsewhere, California. But whether they take place in punk clubs or classrooms, her stories privilege the sort of lives that don’t often get the spotlight in literary fiction, and make the case for why they should more often. 4. The Lone Pilgrim by Laurie Colwin

Laurie Colwin died tragically young and has since slipped somewhat into obscurity; foodies may be familiar with her Home Cooking memoirs but her warmly perceptive fiction is ripe for rediscovery, particularly her short stories. It’s my personal opinion that this collection should be handed out to all college graduates before they enter “the real world.” It’s as affectionate and clever a guide for it as you could ask for. Languidly paced but amiably chatty, these tales of young women giving themselves over to love are somewhat narrow in scope and experience, but then so were Updike and Cheever, and Colwin’s characters are often better company. Happy endings are tough to pull off without succumbing to cheap sentimentality; that Colwin manages to do it time and again is her most enviable magic trick. 5. The Melancholy of Anatomy by Shelley Jackson

Fair warning: this one is not for the squeamish. Shelley Jackson’s interest in the body is well-documented, literally for the 2,095 volunteers who were tattooed as part of her Ineradicable Stain: Skin Project, and this collection delves deep into the human vessel’s capacity for all things delightful and disgusting. The stories are split into four sections: Choleric, Melancholic, Phlegmatic, and Sanguine, and it’s a bit like reading a medical manual shot through with the bawdiness of Chaucer and the insanity of Terry Gilliam. In Jackson’s world, London has a menstrual flow and floating fetuses become pastors. Eggs, sperm, and dildos also feature prominently. Transgressive but also tender, repellent but also magnetic, no fluid or organ here is too profane to be revered. 6. Love in a Fallen City by Eileen Chang

Eileen Chang is probably best known in the U.S. for Lust, Caution, a novella that inspired a steamy movie adaptation from Ang Lee. But her short work is well worth seeking out too. These stark and refined missives from 1940s Shanghai and Hong Kong are suffused with longing and steeped in an old-world glamour that still feels slightly treacherous, not least because of the societal shifts churning just below their delicate surfaces. Chang has a keen understanding of how the tension between tradition and modernity plays out in interpersonal relationships, and how this push and pull can be particularly complicated for women. Through their richly developed characters and fine-tuned language, Chang’s stories reverberate across years and cultures, stripping away any sense of foreignness to show us something universal. 7. What I Didn't See by Karen Joy Fowler

Jim Shepard is often held up, rightfully, as a paragon of the “deep-dive” writer, whose subjects span the whole globe and bounds of human history. I’d like to posit Karen Joy Fowler as his female counterpart, sharing his omnivorous curiosity about the world but, dare I say, a little less fussy about the research. Fowler is best known as the author of bestselling novels like We Are All Completely Beside Ourselves and The Jane Austen Book Club, but this collection, which includes two Nebula winners, provides ample surprises in its pages, from a compassionate portrait of Edwin Booth, haunted by the actions of his brother John Wilkes, to the eerily seductive voice of an immortality cult’s true believer. Through it all Fowler pings between darkness and light with admirable ease. 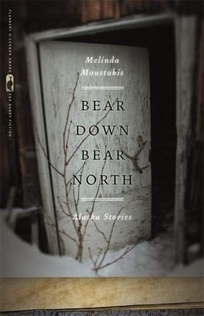 There were a lot of op-eds in fancy newspapers after the election about so-called Trump-land, but, perhaps paradoxically, I’ve often found that the best way to understand people who are different than you is to read their fiction. I wouldn’t presume to guess how the characters in Melinda Moustakis’s stories would vote, but they certainly live in a manner that’s entirely foreign to me, despite being part of the same country. These are hunters, homesteaders, fishermen and women, surviving in one of the most unforgiving landscapes in the world, but Moustakis isn’t interested in further mythologizing her heritage, or in lazy miserabilist clichés. With sentences that cut as fine as a fillet knife, she illuminates Alaska’s dark corners, revealing its full and varied shape in the process. 9. How to Escape from a Leper Colony by Tiphanie Yanique

Now for something in a warmer climate. Tiphanie Yanique’s stories have a sultriness to them, and not just because they’re largely set in the U.S Virgin Islands. Her prose shimmers, like looking at something far out at sea, but that’s not to suggest her work is distant or hard to grasp. Indeed, it’s often dealing in very immediate human emotions: despair, regret, longing for what’s been lost and what can never be. But her stories also have the touch of the fantastical, the intoxicating, destabilizing sense that anything could happen: men might fly, islanders might walk into the sea. Narratives weave together, and even change depending on who’s telling the tale at any given time. But Yanique’s hand is firm and her heart open. Though her characters’ endings aren’t always happy, there’s no lack of love in these pages. I didn’t realize it when I first moved to New York, but I was hoping to find a city like Elizabeth Hardwick describes: a haven for the misfits, a shelter for the fragile, a place where artists were valued. Hardwick’s cool, exacting portraits of urbane intellectuals might not sway those who hold the city in a less reverential eye, but I find she excels at the same sort of “seen from the inside” social critiques as Edith Wharton and Mavis Gallant. Her stories indict the larger structures of class and inequality while never demonizing the people living within them, buoyed by the sort of sparkling prose that’s all the more impressive for how little it insists on itself. Hardwick’s version of the city has vanished, of course, and for many it was never attainable to begin with, but, as she demonstrates so well throughout her work, you don’t need to experience something firsthand to be nostalgic for it.