Unrelenting and artfully crafted, Rachel Eve Moulton's haunting debut, Tinfoil Butterfly, and its tortured protagonist easily cement Moulton as a must-read writer in the horror genre. Running from addiction and the tragic death of her stepbrother, Emma hitchhikes to the Black Hills with Lowell, a man in search of his ex and their child. When Lowell attempts to kidnap her, Emma robs him of his gun and van, leaving him with a bullet wound alone in the middle of the Badlands with the threat of snow. Soon out of gas, Emma finds herself stranded in a mostly abandoned community. Moulton picks some of her favorite thrillers that break the rules.

In those first sleepless months of motherhood, I listened to a lot of audiobooks. They were perfect for long walks with the baby. The literature did not have to be of the highest quality, but the plot had to be there, ready to grab my hand and tug until I was running alongside. Thrillers do this brilliantly, pulling you forward, sometimes doing it so well that the reader or listener happily buries all of the book’s potential weaknesses in order to simply enjoy the high. Now that I sleep more than two hours at a stretch, I need a thriller to fully develop character and sense of place. The urgency of an exciting plot remains but the psyche of its people and place must shine even brighter.

Here are some of my favorite literary thrillers, the ones that will wake up your brain and your heart. Dunn’s novel propels the reader into the world of the Binewskis, a carnival family led and bred by Al and his wife Crystal Lil. The novel follows two different but interwoven timelines, linked by Olympia (Oly) Binewski, the hunch-backed, albino dwarf who is considered the reject of the family for her “normalcy.” This family of self-made freaks prizes difference above all and the question of what makes one beautiful is fully explored. It is an elegant and gruesome ride. The linguistic grace of Morrison’s Beloved pairs with its slow reveal of how this country’s history of violence echoes in the most personal of ways. The brutal story of Sethe’s horrors reopens the wounds of slavery and demands the reader’s attention. Setting is key, not just historically but in the haunted house where Sethe lives, building its voice from a rumble to a scream. While the ghost has caused Sethe’s two sons to flee, Sethe’s daughter Denver loves the ghost. The arrival of Paul D., an old friend and a love interest, brings back memories of a grim time. 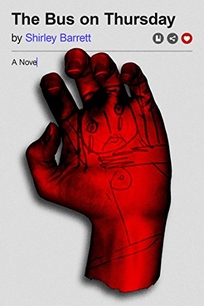 3. The Bus on Thursday by Shirley Barrett

This novel manages to be both terrifying and hilarious. Its unreliable narrator dumps us brutally into her self-centered world where the decisions are constantly misguided. Beyond the excellent plot, there is Eleanor Mellet’s voice: her flawed thought process carried the story for me, from her bad breakup and battle with cancer to the point where she finds herself in a small Australian town preparing to teach in a one-room schoolhouse. Eleanor’s new romantic partner is a bit terrifying too, as evidenced by the kangaroo fights he initiates after midnight. Eleanor perseveres, trying to make sense of her choices and her circumstances. It’s a bizarre and compelling ride that will have you questioning your own sanity—in a good way. 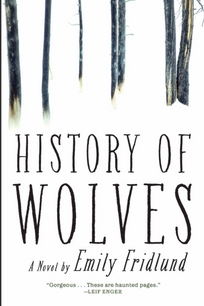 4. History of Wolves by Emily Fridlund

When new neighbors move in across the lake, teenage Linda becomes nanny to their young son Paul, falling a bit in love with Paul’s mother, little Paul himself, and the whole idea of a version of family other than her own. Linda is a carefully drawn teenager, one capable of great insight and great naivete. Even though she is an astute observer, she is quickly in over her head with her choices. The reader follows, ultimately feeling just as culpable in the tragic final events of the book. 5. The Keep by Jennifer Egan

Danny arrives to a medieval castle in Eastern Europe under the guise of helping his cousin, Howard, renovate the ancient building. But we soon learn he’s fleeing from desperate mistakes back in New York City and the world he enters is eerily isolated. Parallel to Danny’s story is another narrative: Ray, an inmate, encouraged by his writing teacher to create fiction—which turns out to be Danny’s life. Egan skillfully layers each story on top of the other, until the reader can’t discern truth from fiction and eventually questions their own reality along with the characters. 6. Don't I Know You? by Karen Shepard

Shepard intriguingly presents one murder from three different perspectives in three different time periods, revealing an unparalleled exploration of character. Twelve-year-old Steven comes home to find his mother Gina stabbed to death, and so the book begins from Steven’s perspective in the aftermath of this horrible loss. A year later we follow Lily Chen, whose boyfriend may have a link to the murder. Finally, we jump forward 10 years to meet Louise, who wonders if her son might be mixed up in Gina’s murder. Lives cross, impacting each other in ways unknown to the characters, and it is Shepard’s investment in showing how people trip over each other, mend together, and rip apart again that gives the novel its compelling cast. From the moment Aomeme steps out of her cab and climbs down a long ladder into an alternate reality, I was hooked. I found myself wishing I had the time to read it all in one sitting. Soon we meet Tengo, an aspiring writer. When Tengo agrees to ghostwrite a book, he becomes so involved in that work he, like Aeomeme, enters a universe parallel to his own. As the individual stories of these characters progress, we soon see how they're intrinsically connected. A delightfully tangled, mysterious, and heart-wrenching love story, among other things, the novel takes you on a wild and surreal ride. 8. The Red Car by Marcy Dermansky

Leah’s mentor Judy passes away, leaving her--yes, you guessed it--a red car. The car becomes both a symbol for Leah’s exploration of self and a literal means for her to revisit her past. The novel follows Leah as she travels to San Francisco to claim the car. While the novel itself is short and tightly written, the plot and voice fast and quick-witted, the impact of the book is far weightier. Dermansky tells this story with a feminist ferocity that hooks me every time I read it. 9. The Underground Railroad by Colson Whitehead

In Whitehead’s story world, trains run underground connected by safe houses. We follow Cora as she flees her plantation and the slave catcher who is hunting her. Ridgeway, her pursuer, also wants to know the secrets of the railroad, and the complicated chase brings back the horrors of slavery. Cora’s strength and determination to survive keeps us next to her the entire journey. Never Let Me Go is the best kind of dystopian novel. It reminds me of of Emily St. John Mandel’s Station Eleven or Margaret Atwood’s Handmaid’s Tale in that the characters that inhabit this imagined world are far more important than any trick or turn of plot. As children and young adults, Kathy and her friends attend Hailsham--an English boarding school that seems to be a magnificent place to grow up. At the start of the novel, Kathy, 31, introduces herself as a “carer,” but it takes the course of the novel to truly reveal the weight and meaning of this term. Ishiguro’s story is about love and friendship, a coming-of-age tale in a world that is horrifying both for its familiarity and its fantastical nature. But it also speaks clearly on the question of humanity—what is it, what is it not.