The 10 Best Books About Texas

All God's Children, Aaron Gwyn's powerful, decades-spanning novel of Texas's violent birth in the mid-19th century, follows the parallel story lines of a gay soldier in the Texian army and a young enslaved woman rescued from a Louisiana auction block. Gwyn picks the ten best books about the Lone Star state.

Though I grew up in Oklahoma and Texas, writing and researching my new novel forced me to read shelves of books about the region: novels, histories, dictionaries, almanacs; books on architecture, flora and fauna; biographies of Texas's notables and deplorables—founders, soldiers, sinners and the nearly forgotten. To my thinking, a great book about Texas should not only contain historical fact, it should give readers an impression of the Lone Star state—its scents, sights, and sensations—as well as what it feels like to be a human being of fragile flesh and blood in that immense, brutal, and beautiful land. 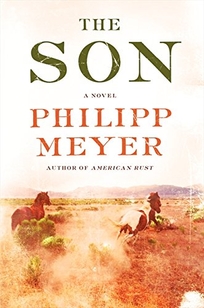 1. The Son by Philipp Meyer

The best book written about Texas, fact or fiction, is Meyer's epic novel, a finalist for the Pulitzer Prize. When 13-year-old Eli McCullough's family is wiped out in 1851 by Comanche raiders, Eli is taken captive and then slowly assimilated into the tribe. He will eventually learn to hunt, fight, and love like the Comanche, but when tragedy destroys this new family and he's forced to return to Anglo civilization, Eli sets out on an 80-year quest to dominate in war, in cattle, and finally in oil, using the ways of the Comanche to conquer his enemies, leaving a trail of sons behind him. McCarthy's masterpiece follows a character simply known as "the kid" who leaves his Tennessee home in 1849 and runs away to Texas. Soon, he becomes a member of a gang of Apache scalp-hunters led by a former Texas Ranger named John Joel Glanton. A bible of blood-soaked misdeeds, a chronicle of crimes against humanity, McCarthy's novel is illuminated by the dark light of a character named Judge Holden, a scholarly and murderous seven-foot member of Glanton's gang. The Judge is also an artist, chemist, proto-Nietzschean philosopher, botanist, archaeologist, geologist, and expert fiddler (he might also have been an actual historical figure, as was Glanton and several of the gang members). Blood Meridian is McCarthy's very own Inferno, but it's his prose that is divine. 3. Lone Star: A History of Texas and the Texans by T. R. Fehrenbach

Simply the best one-volume history of Texas, Fehrenbach takes us from the days of Spanish conquistadors through the Revolution and Republic, all the way to the booms and busts of the 20th century. First published in the 1968, Lone Star is the standard against which all Texas histories are judged. 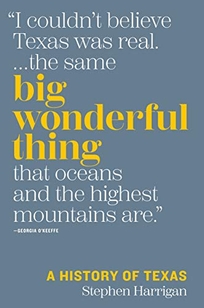 4. Big Wonderful Thing: A History of Texas by Stephen Harrigan

Harrigan updates Fehrenbach and his history of the Lone Star state lives up to its forebear's high standard. Of particular interest is the attention Harrigan pays to marginalized groups; his writing on native peoples and African Americans in Texas is compelling. 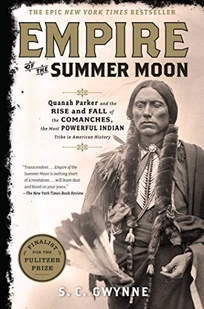 5. Empire of the Summer Moon: Quanah Parker and the Rise and Fall of the Comanches, the Most Powerful Indian Tribe in American History by S. C. Gwynne

A nonfiction book about Quanah Parker, the last great war chief of the formidable Quahadi-Comanche, and Jack Coffee Hays, the Ranger who taught Anglo-Texans how to face Comanches in combat. Gwynne is a fantastic stylist and a great storyteller; the tale of the rise and fall of the Comanche People is both thrilling and devastating. 6. The Searchers by Alan Le May

This novel was the basis of John Ford's 1956 film which some believe to be the director's masterpiece, but May's book—the story of a former Texas Ranger's search for his kidnapped niece in 1869—is a gem as well, a poignant and troubling meditation on identity, race, civilization, and obsession. 7. The Evolution of a State, Or, Recollections of Old Texas Days by Noah Smithwick

This memoir was dictated by pioneer Noah Smithwick to his daughter and tells a firsthand account of Anglo settlers' colonization of Texas, the Revolution, and the lean years of the Republic. When the Texans threatened secession after Lincoln's election, Smithwick took to the stump, making speeches for the Union and against the new Confederacy. Texas seceded regardless, and shortly thereafter, Smithwick led a wagon train of Unionists out of Texas and all the way to California. For period detail and a sense of the way frontier people spoke in the mid-19th century, there's no better book. 8. Texian Illiad: A Military History of the Texas Revolution by Stephen L. Hardin

This military history of the Texas Revolution takes readers through every engagement, from a battle over a busted cannon in October 1835, to Sam Houston’s brilliant and unlikely triumph over Santa Anna’s army at San Jacinto in April 1836. Characters include such colorful figures as Houston, Davy Crockett, William Travis, and Jim Bowie. 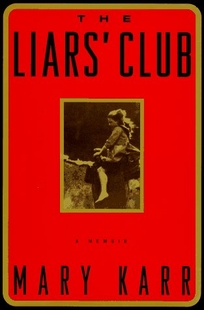 9. The Liars' Club by Mary Karr

Karr's funny, moving, high-octane memoir has been a staple of creative writing programs since its publication in 1995. Her reminiscence of growing up in an east-Texas oil town will have you laughing and crying, sometimes simultaneously. Sometimes published under the title Castaways, this memoir of Spanish conquistador Cabeza de Vaca—who was shipwrecked off the coast of Texas on modern-day Galveston Island in the 1520s—is a preternaturally strange story of survival, friendship, and subjugation, essential for readers who wonder what the New World looked like before it was touched by Old Europe.