9 Best Campus Novels (and One Memoir)

Emily Layden’s incisive debut novel, All Girls, offers a composite portrait of an exclusive girls’ boarding school on the cusp of a long-overdue reckoning with a sexual abuser on the faculty. Set during the 2015-16 school year, shortly before the emergence of the #MeToo movement, the story of the predator’s unmasking is an astute snapshot of a venerable institution being pulled, however unwillingly, into its future. Here Layden picks ten of her favorite books set on-campus.

Before I’d written a page of my novel All Girls, I’d drawn—on the yellow lined paper of a legal pad—a map of my book’s fictional boarding school: the round loop of its campus drive; the placement of the various dorms across a wide green; the woods that bordered the back edge of my rural enclave. This exercise had a practical purpose: I needed to understand the layout of my school to describe how my characters moved around it. But the activity was also itself a character sketch: in a campus novel, place is as significant a role as any protagonist (or villain). These books offer us a portrait of a community, not just in cast but in geography, and tell us the story of the relationship between a place and its people—how they shape one another, imprint on each other, leave the other forever changed. 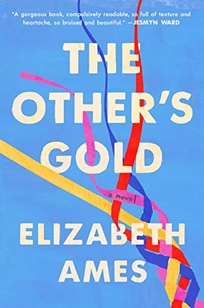 1. The Other's Gold by Elizabeth Ames

Ames’s debut novel opens with a description of a dorm room window seat: From the outset, we understand that the liberal arts college where our story begins will shape our characters’ perspectives. The Other’s Gold is an empathetic, thoughtful reflection on whether we choose our friends or whether our circumstances choose them for us, and how those bonds do—or do not—weather the tests of growth and change. 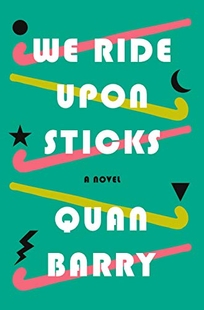 2. We Ride Upon Sticks by Quan Barry

Funny and madcap like its 1980s setting, Barry’s novel tells the story of a high school field hockey team whose athletes pledge themselves to “witchcraft”—a series of increasingly elaborate (and dangerous) pranks enacted upon their school and surrounding community in the name of securing victory on the field. We Ride Upon Sticks is a portrait of a team, in all its interconnectedness—and in a world where not enough books feature girls who play sports, this is a gift. 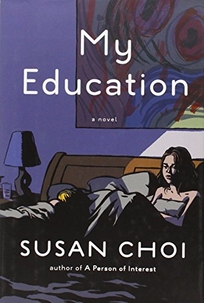 3. My Education by Susan Choi

Is it possible that Choi is the patron saint of campus novels? Before Trust Exercise, there was My Education—a book about a grad student who falls in love with her predatory professor’s wife. The novel resists defining its characters’ sexuality, instead giving us a meditation on desire, and in this way almost seems like a precursor to books like Raven Leilani’s Luster or even the 2020 film Portrait of a Lady on Fire. 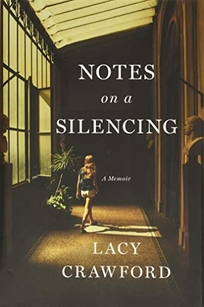 4. Notes on a Silencing by Lacy Crawford

Not a novel, but Lacy Crawford’s memoir is such a powerful portrait—and indictment—of the power and privilege of institution that it belongs on any list about boarding school books. Assaulted by a fellow student at St. Paul’s School when she was 15 years old, Crawford’s book is a reclamation—of her voice and her story—but it is also a wholly empathetic rendering of teenage girlhood. The depth and compassion Crawford grants to her younger self is what all girls deserve—but perhaps in particular from the places that swear to serve as their protectors. 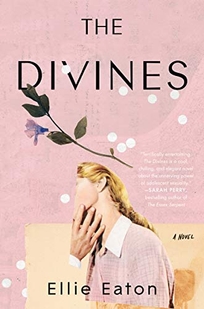 5. The Divines by Ellie Eaton

Eaton’s debut begins as our protagonist, Sephine, is on her honeymoon—and proceeds to unfold in two timelines, as Sephine navigates marriage and motherhood while also revisiting the traumatic events of her junior year at a crumbling English boarding school. The Divines is a book about legacy and self-perception—about the stories we tell ourselves about ourselves—and one that wonders whether we don’t sometimes choose the ghosts that haunt us. 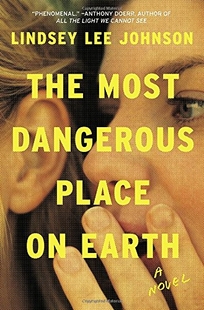 6. The Most Dangerous Place on Earth by Lindsey Lee Johnson

At the start of Johnson’s debut novel, a boy dies by suicide. The rest of the book unfolds several years after the tragedy; this is not a novel about grief or guilt as much as it is about ripple effects, and the psychology of teenagerhood generally. The Most Dangerous Place on Earth takes the linked structure of Olive Kitteridge or A Visit from the Goon Squad and applies it to the most insular, interwoven community of all: high school.

7. The Incendiaries by R.O. Kwon

A boy and a girl from very different backgrounds with their own personal trauma meet, fall in and out of love, and are—ultimately—a little bit doomed. It’s easy to forget that Kwon’s debut begins in this familiar way—on the dance floor at a college party—but for all its wrestling with big themes like faith and grief and violence, The Incendiaries is also a very intimate story: about the things we do and do not tell the people we love, and about what it is to be very young and searching for safe harbor. 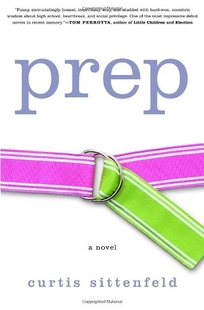 Credit where credit’s due: Prep is the O.G. Sittenfeld’s debut novel is the defining boarding school novel, unparalleled in its texture and verisimilitude, and Lee Fiora is one of the most distinct voices in contemporary fiction. With sharp insights on race and class, meticulous attention to the rhythms and mores of prep school life, and a nesting doll structure that underscores the labyrinthine nature of high school itself, Prep is one for the canon. 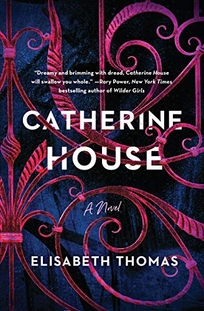 At Catherine House, students have everything they could ever need or want—including membership to an elite club of famously successful alumni. Tuition is free…ish: For the duration of their enrollment, students must promise to give up access to the outside world. Catherine House is equal parts campus novel, horror story, and coming-of-age tale—and a book whose very smart central question seems to ask: is there really a difference between a school and a cult? Another debut novel set in an all-girls boarding school, Madam introduces us to a newly-appointed Classics teacher at Caldonbrae, where—not unlike in Daphne du Maurier’s Rebecca—something is amiss. Although the book is set in the 1990s, Wynne plays expertly with her gothic literature toolkit, so our sense of place and time are distorted from the outset—a metaphor, perhaps, in the timelessness of the girls’ struggle, the school’s overemphasis on its own history.